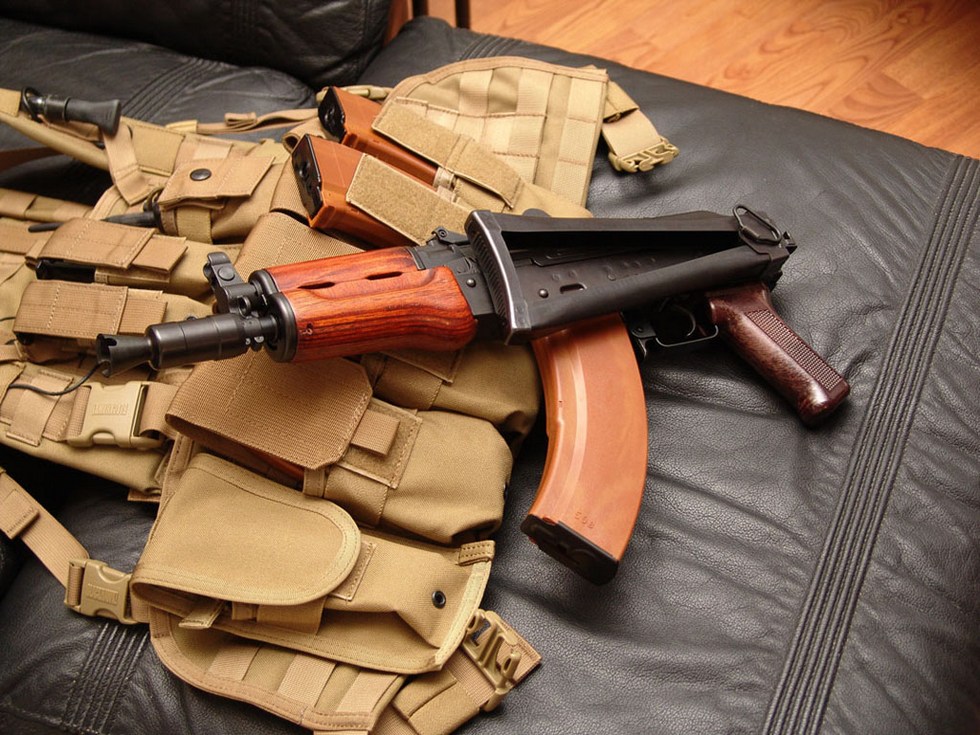 Shortened AKS-74U was developed in the late 1970s on the basis of regular AK-74 ( modification AKS-74 with folding butt) especially for weapons crews of combat vehicles, calculation tools and other army personnel, for which a staff AKS-74 is too large. AT 1980 year under the name AKS-74U (6paragraph 26) Machine began to enter the army.

The appearance of this construction type is connected with the need to have small-sized arms, which occupies a niche tactical machine pistol, but it is more effective at distances up to 200 m. The first-born in this direction was shortened Kalashnikov rifle AKS-74U. He appeared as an army weapons after, it became clear, that create a submachine gun chambered for the characteristics of PM, that the army needed, not succeed. In the army, these weapons need many. officers, drivers, calculations of heavy weapons, signalers, pilots - all need a space-saving and effective weapon of self-defense. 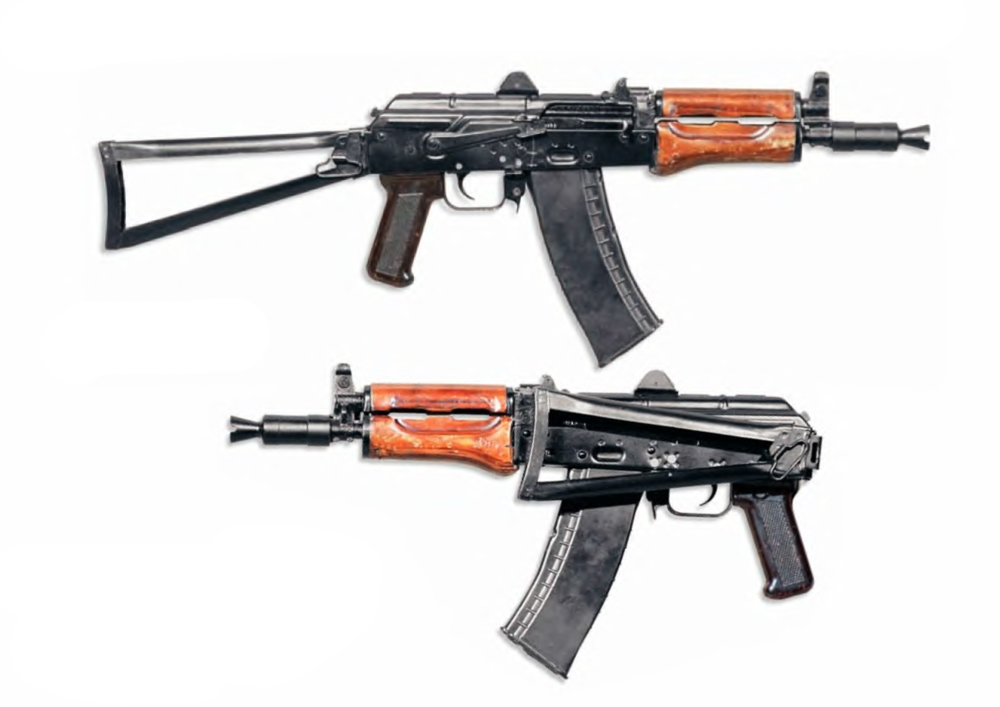 Create such weapons on the basis of basic machine, the armament, - the simplest and most economical way. Of course, there are inevitable certain technical costs, but when it comes to weapons of mass, priorities of the economy and politics are often ahead of the technical. This is what happened in the case of the AKS-74U. Alteration of weapons has been reduced to a minimum shortened barrel, change the cover design of the receiver, introduced muzzle - special afterburner propellant gases, uses simplified sights. Of course, fighting machine specifications have dropped significantly, but the cheapness of manufacture, united with the main gun ammunition were decisive. Here you can add even more. simplification repair, learning, supplies - all this too had its price. However, as it turned out, miser pays twice, and it was not possible to cheat the laws of physics. As a result, as the army weapons AKS-74U did not take place. But as the police and special forces weapons he quickly found his niche, especially since the choice was not particularly out of what, in the absence of real competition. 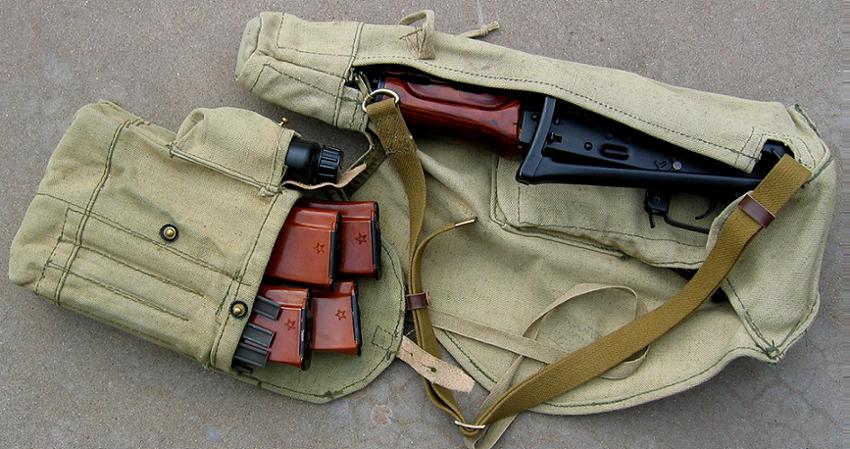 But this quality, so valuable for army weapons, largely it becomes its opposite in police and special operations, especially in the urban environment. High-speed small-caliber bullet is prone to unpredictable bounce messages, especially of fire in modern houses with concrete walls. Besides, in this small bullet stopping power, and for the police class of weapons is a very significant figure. Besides, observed poor accuracy and rapid overheating of the barrel. In many ways, this attitude to the AKS-74U subjectively, since these weapons are simply not particularly fond of and always compared with their long-length prototypes. 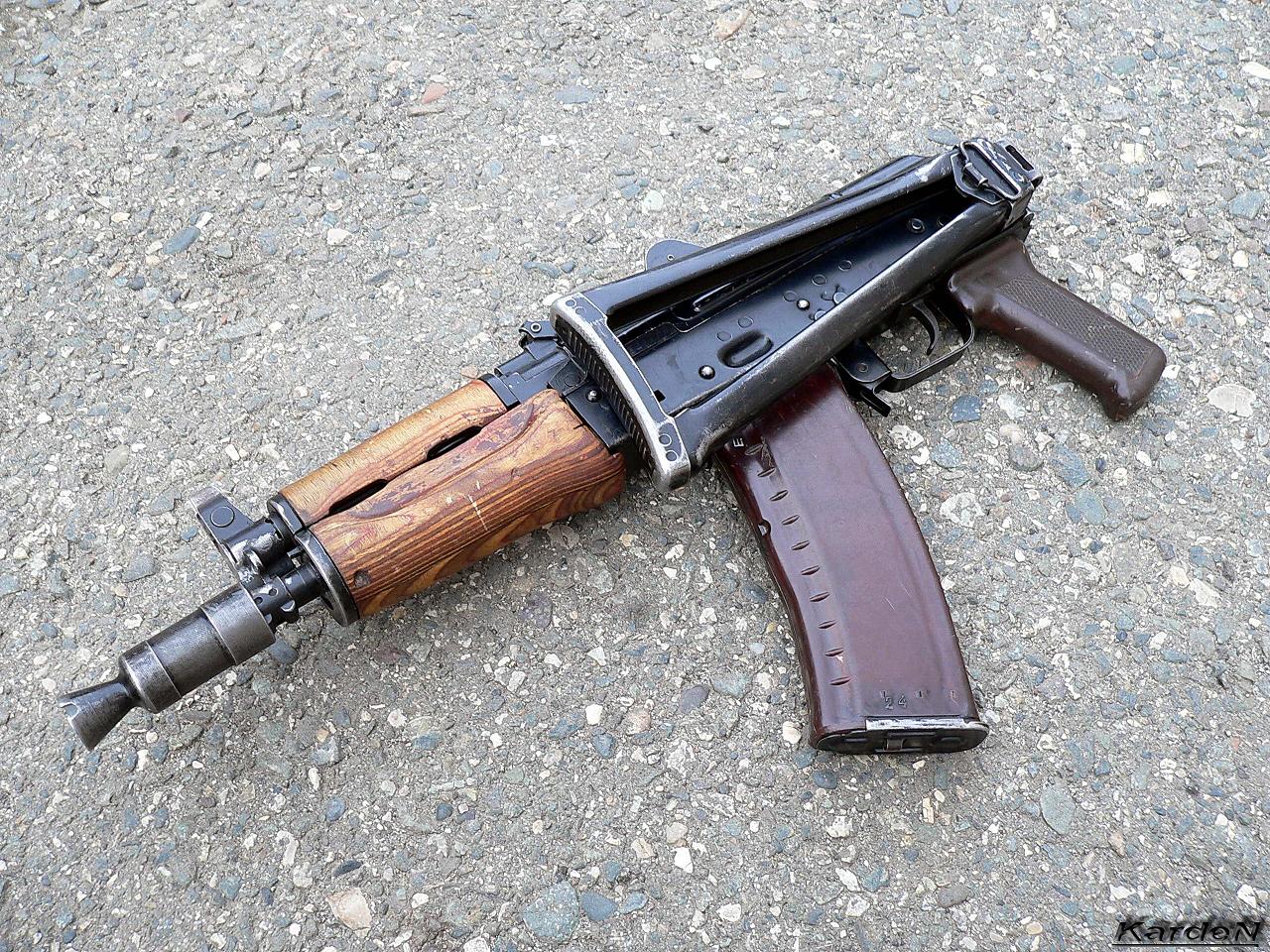 To date, the AKS-74U is the most common model of shortened machine. AKS-74U serves as a base for some samples concealed weapon, used by special services. Such a machine may be fixed in a special briefcase, the handle of which is fixed to the arms. diplomat automatically opens and decreases when pressing the special button, and it remains in the hands of the machine, ready to open fire. Such masking provides the suddenness of weapons, and it can be used as bodyguards, and for special operations. 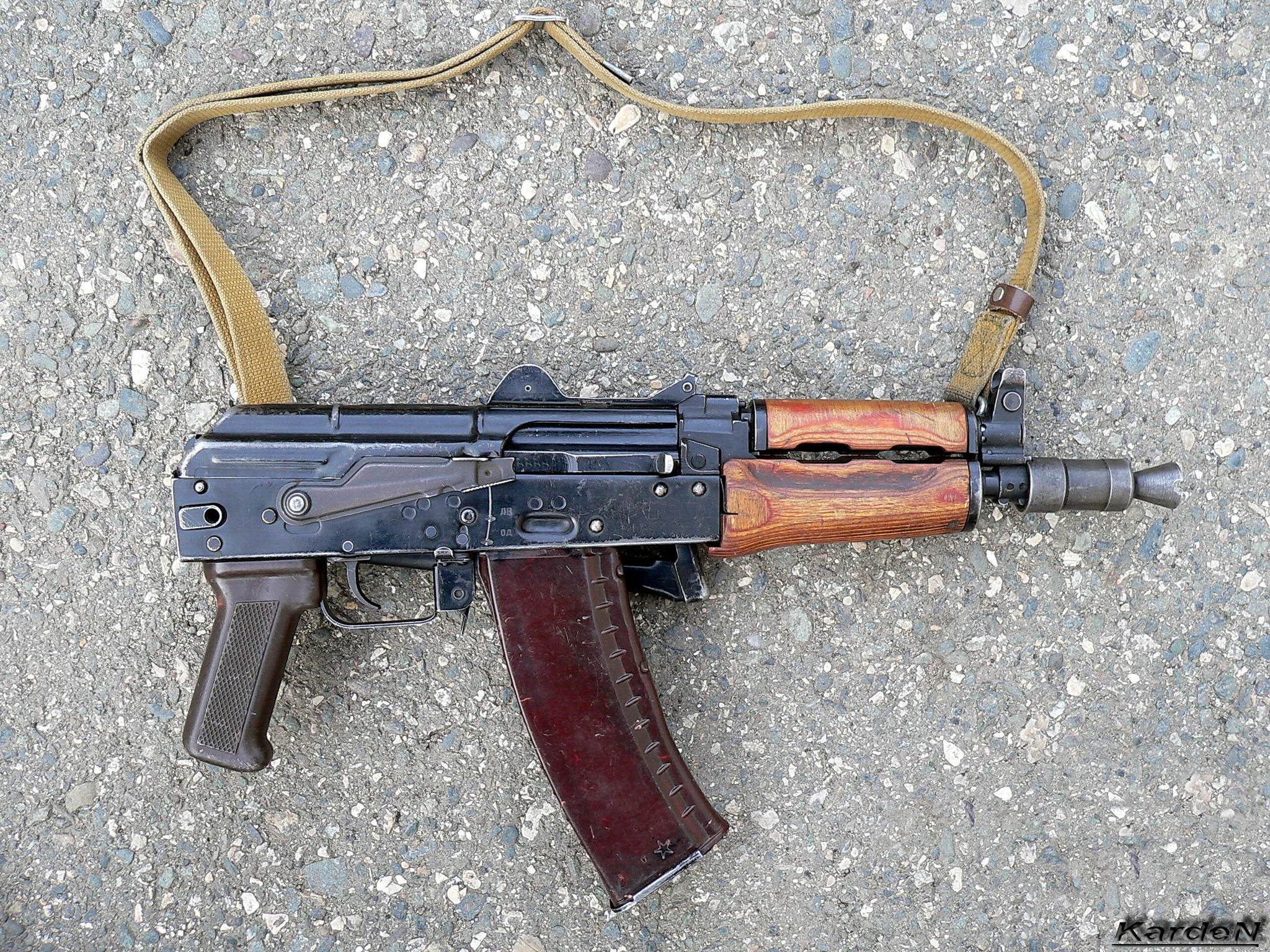 The specifics of the use of small-sized weapons special forces have repeatedly demanded the introduction of the standard sample of the AKS-74U additions and improvements. So there night modification AKS-74UN for mounting the strip optics, quietest AKS-74UB with navornutym type silencer BSS or BSS-3-4. As symbiosis AKS-74UB and 30 millimeter grenade grenade BS-1 appeared silent Shooting granatomotny complex Canary. Forced service machine in the power structures of the Interior Ministry and then led to the creation of highly specialized modifications, take at least a Case machine for special purpose units of KGB, FSB. 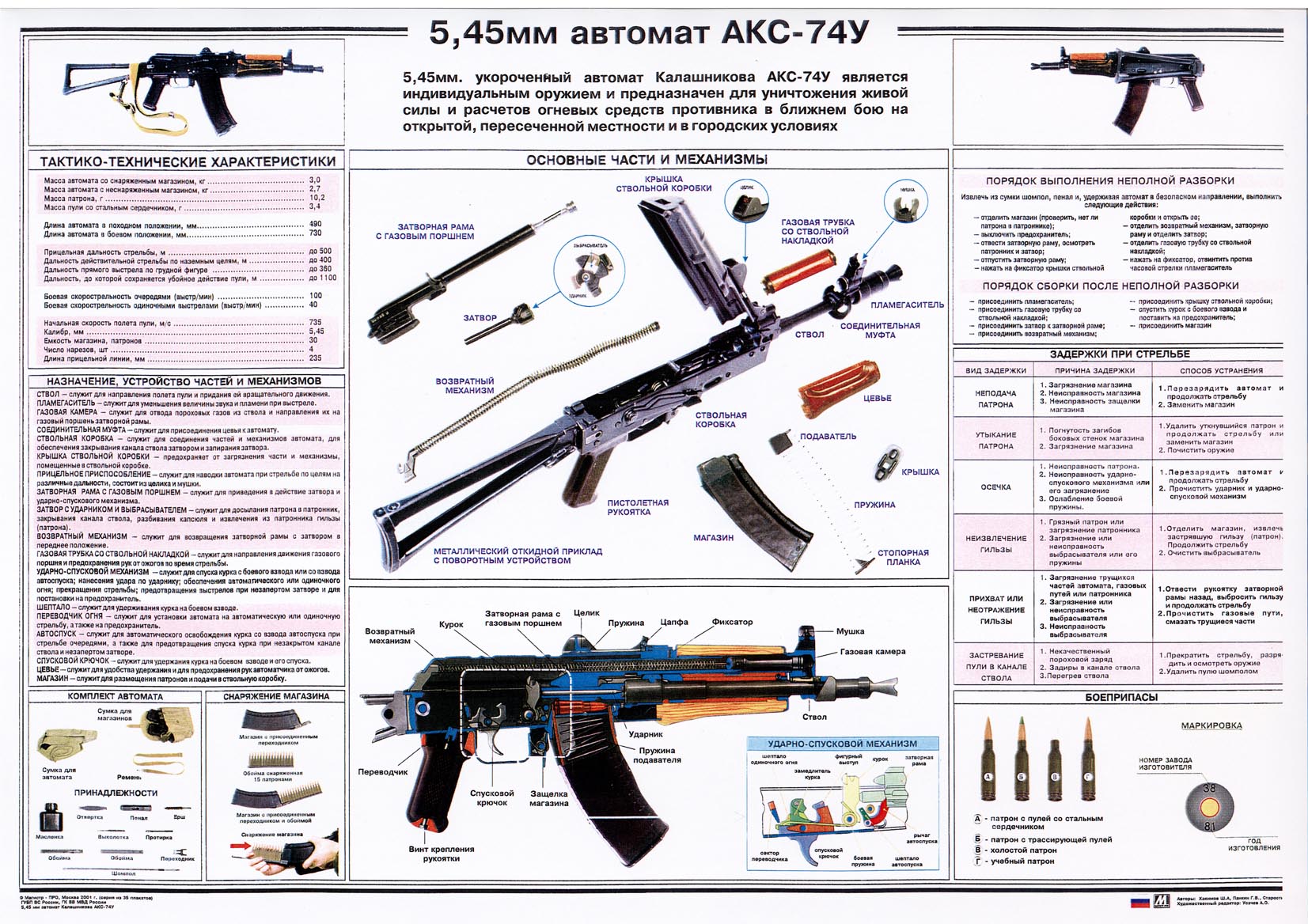 The height of the store with the attached 264 mm 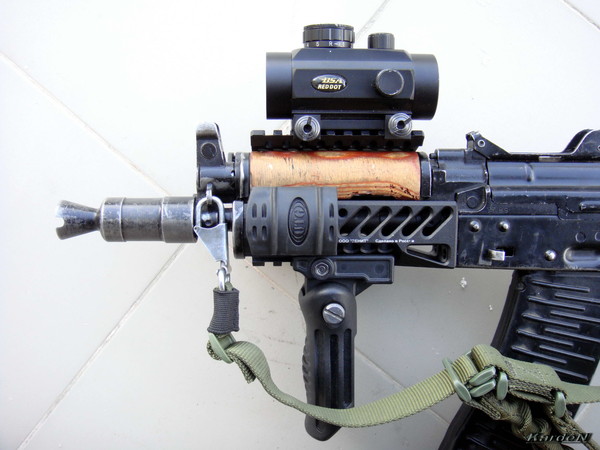 (from) photo by Karden