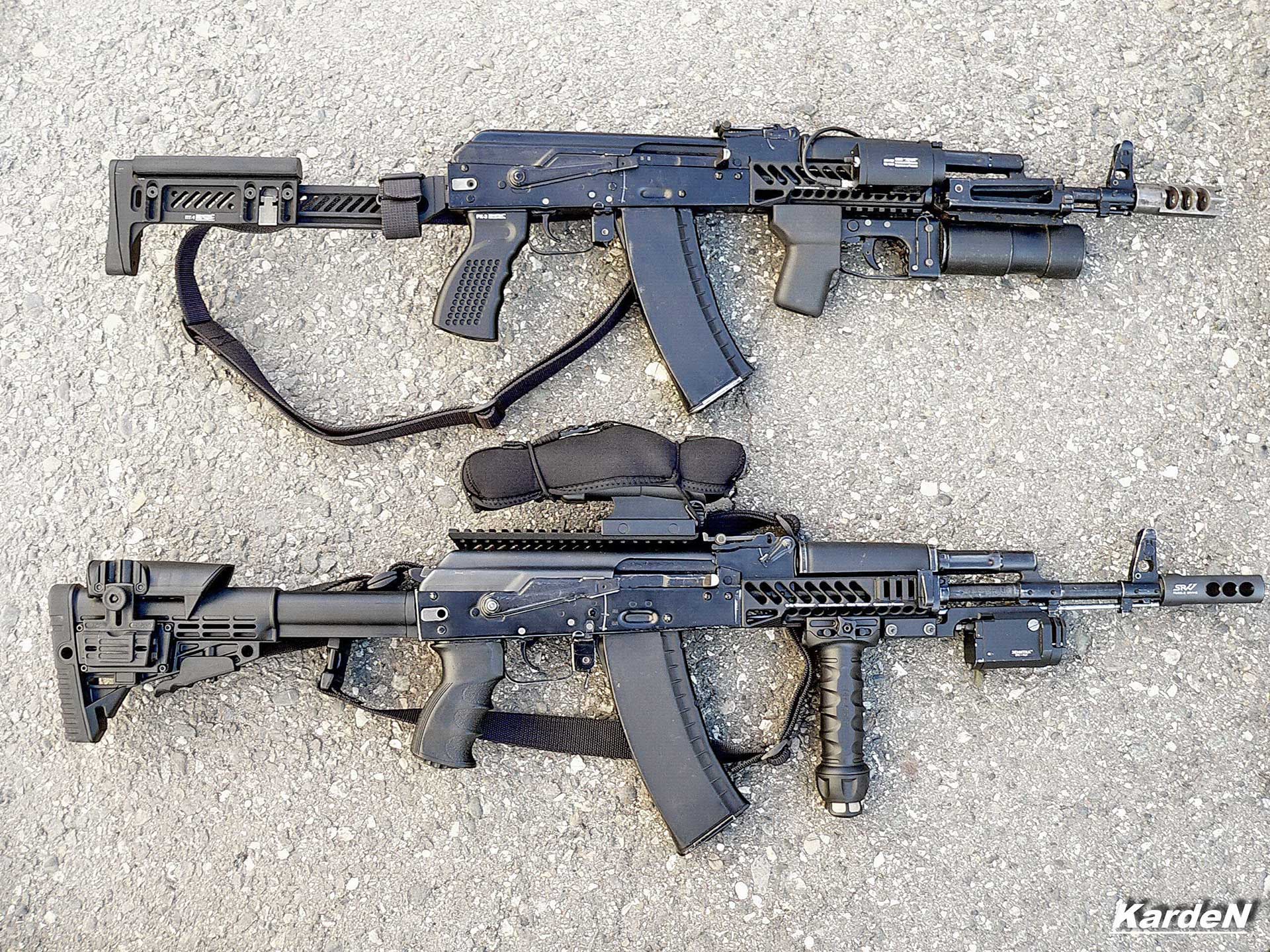 ATM Automated basis of the gas engine with a long stroke gas piston. Leading automation element is a massive bolt carrier, which is rigidly attached to a rod of the gas piston. The gas chamber is located above the barrel, the gas piston moves inside a removable gas tube mounted thereon handguard. The bolt frame moves inside the receiver on the two side rails, wherein the design provided significant gaps between the moving parts of automatics and fixed elements of the receiver, which ensures reliable operation even under strong domestic weapon contamination. Another aspect, promoting reliable automation in tough conditions, known excess in normal conditions of a gas engine power. This eliminates the gas regulator, and thereby simplify the construction of the weapon and its operation. At the cost of this solution is the increased impact and vibration when firing weapons, which reduces the precision and accuracy of fire. The barrel is locked by turning the bolt on two massive lugs, engaging with the elements of the receiver. Rotation of the shutter is provided by reacting a protrusion on its body with a shaped recess on the inner surface of the bolt. The recoil spring guide rod and with its base are formed as a single assembly. The base of the rod of the return spring also serves as the latch receiver cover. Cocking handle is formed integrally with the slide frame, located on the right weapons and moves while firing. 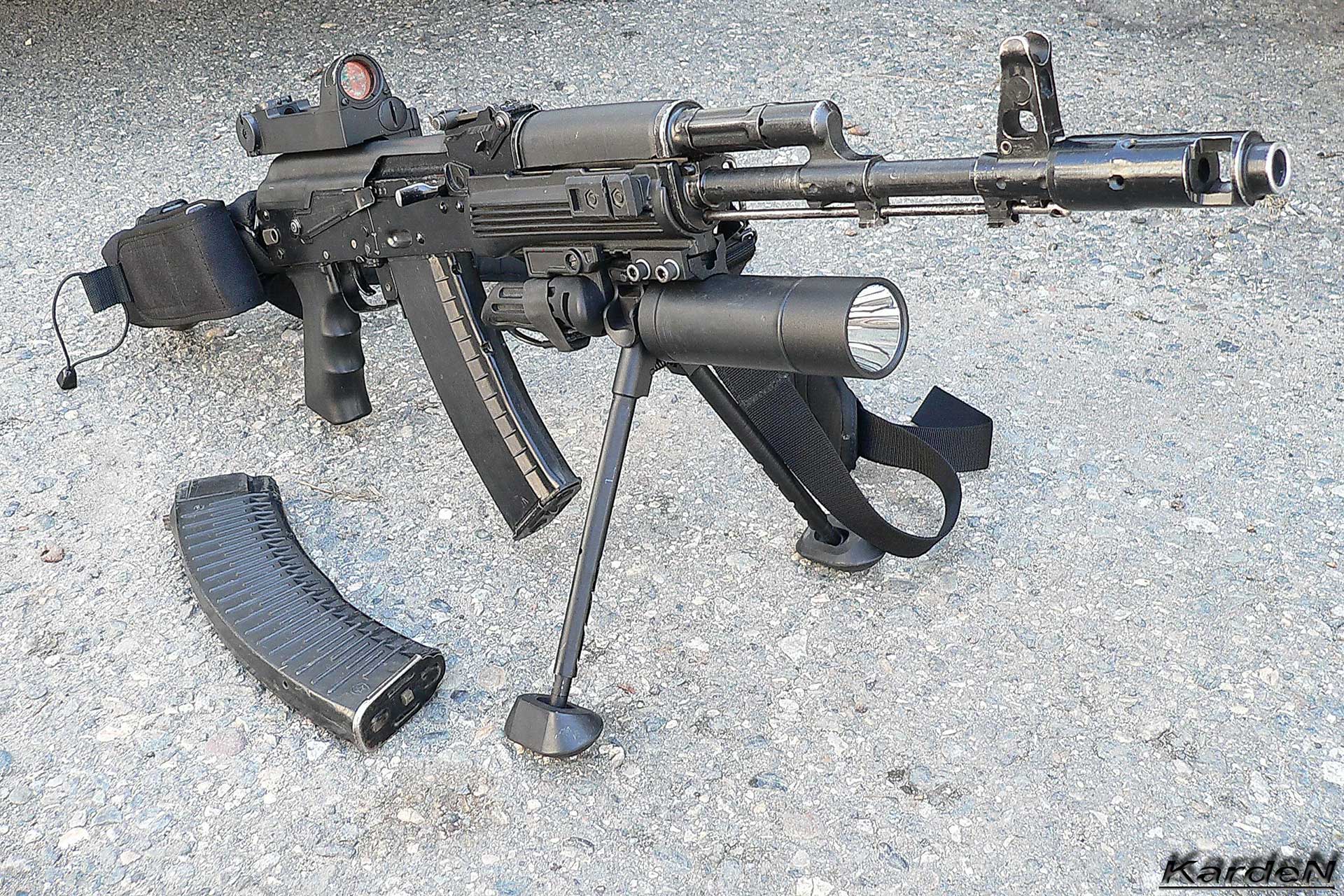 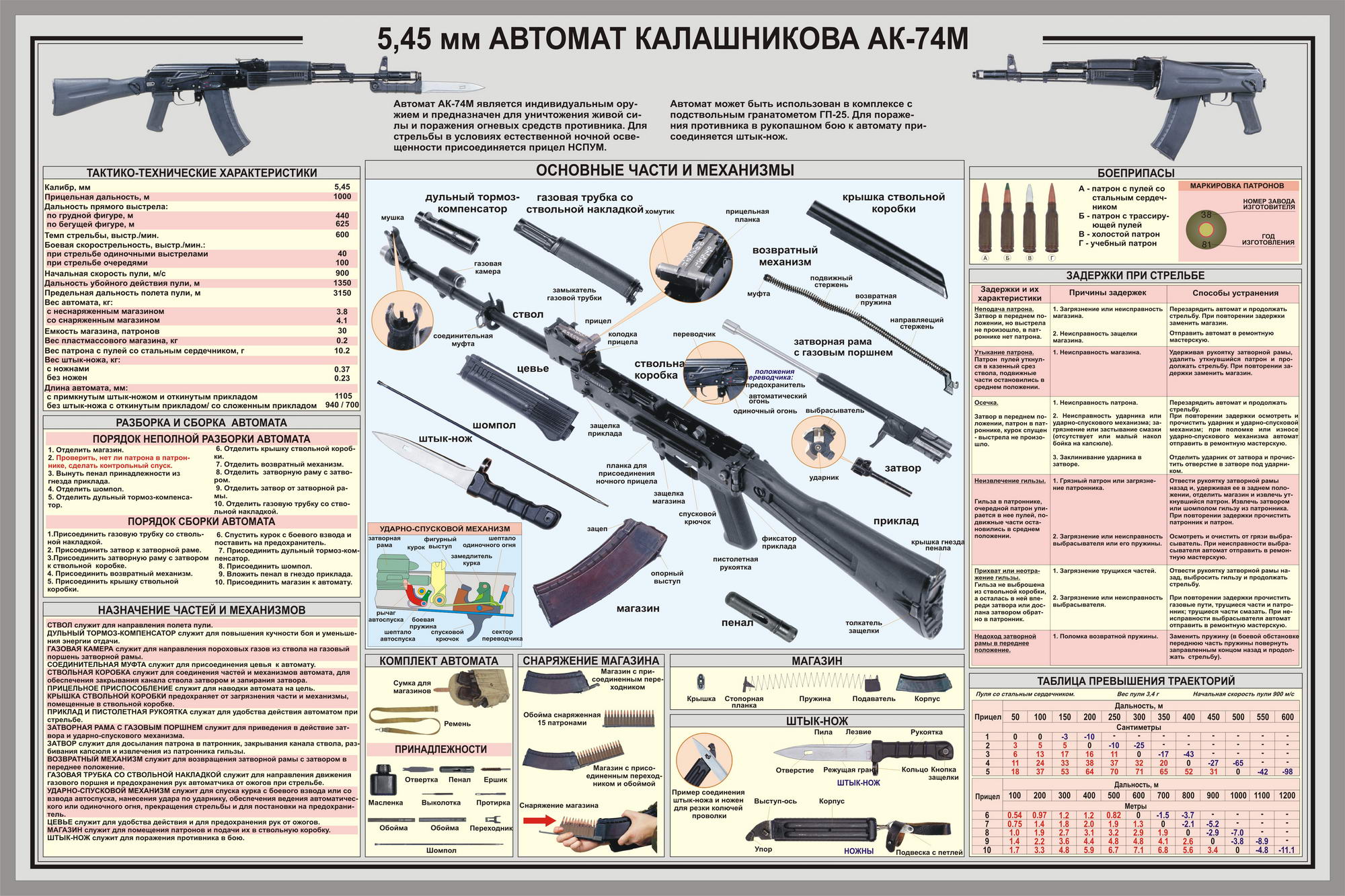 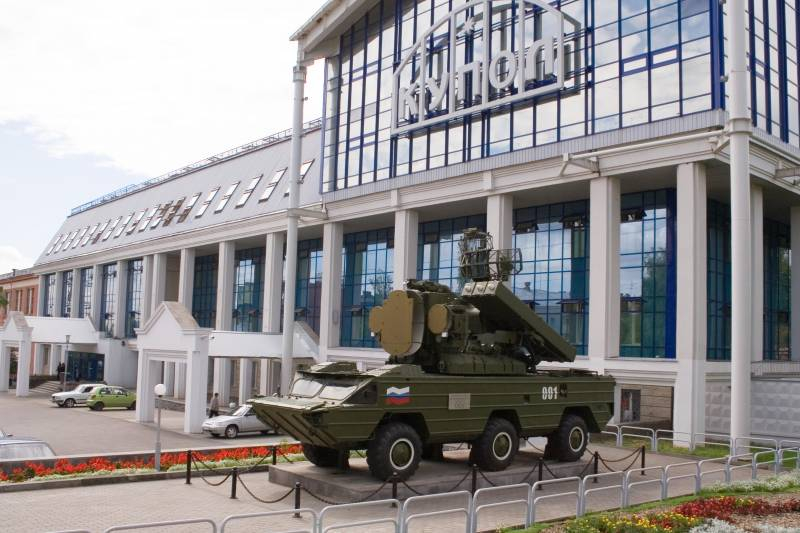