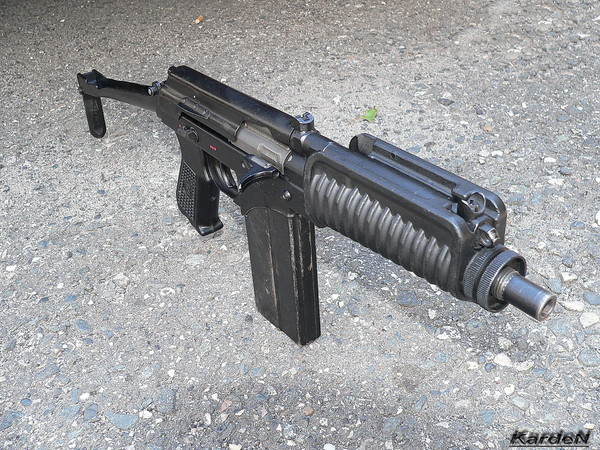 Compact machine developed by the Tula Instrument Design Bureau is mass-produced for the needs of MIA 1994 of the year. Created under the bullets SP-5, JV-PAB-6 and 9 with lesser, than the cartridges 5,45 sample 1974 year and 7,62 sample 1943 of the year, energy and subsonic heavy bullets. Machine manufactured in two variants under 9 mm cartridge and the cartridge 7,62 mm. 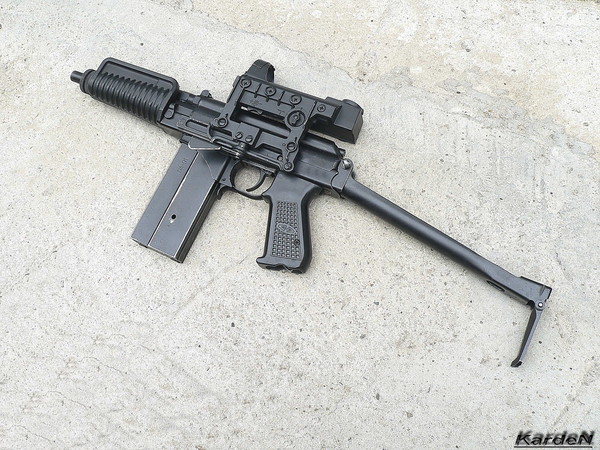 Example, Do not increase the folded dimensions when folded arms, Folding cocking handle making machine "flat", convenient and burdensome for constant wear, and when it is used for various equipment arms crews.

Fire with a machine gun is effective at ranges in excess of 200 m, the use of new light collimator sight PC-01, adapted for the ballistics of ammunition for 9A-91, It reduces the time aiming at a rapid shooting 3-4 times compared to mechanical sight, and PC-01 It will operate in case of failure of the power source. Bullets SP-6 and PAB-9 cartridges allow to hit the enemy, secure bulletproof vest with protection class up to third (bullets these cartridges are punched steel sheet thickness 8 mm at a distance 100 m). muzzle energy, component 690 – 700 J., It allows good control of the weapon during automatic firing. This contributes to the relatively low rate of fire. 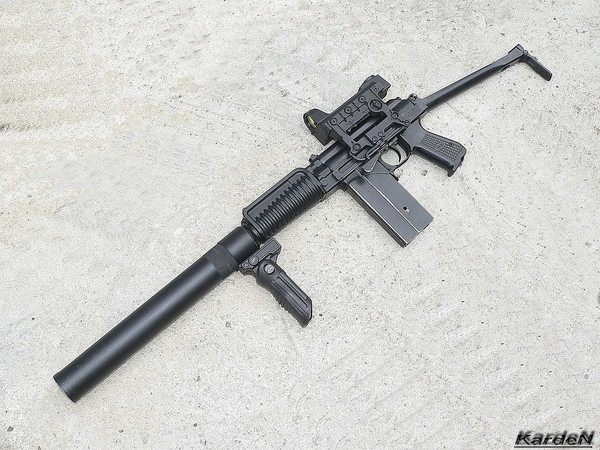 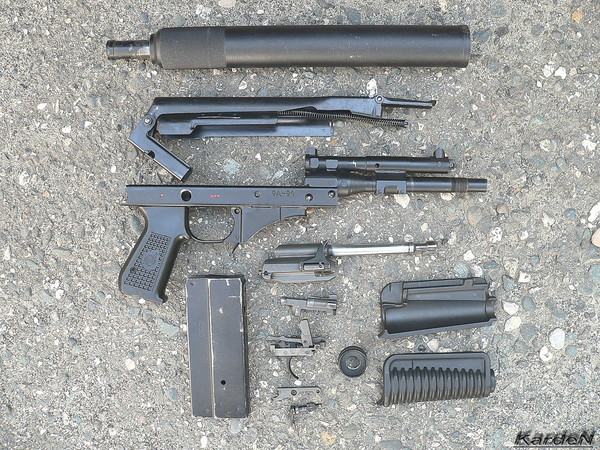 Partial disassembly of the machine is made for cleaning, lubrication and removal of small faults. To disassemble the machine must be:

2. Remove the magazine (clasping his right hand shop, thumb to press the latch and longitudinal motion to remove it from the window), remove gun from the guard and, relegating bolt carrier back, check, whether there is no cartridge in the chamber. Produce a controlling descent hammers.

3. Separate the choke device (holding a weapon, drown index finger clamp and unscrew the compensator and the thrust nut).

5. Separate the cover of the receiver with return mechanism and butt (drown the release button for the index finger pistol grip and energetic movement to separate the back cover).

6. Longitudinal motion of the bolt carrier back to separate the gas piston and the shutter.

7. Separate the valve from the bolt.

weapons assembly in reverse order. When you install the bolt with a bolt to press on the tail of the trigger. 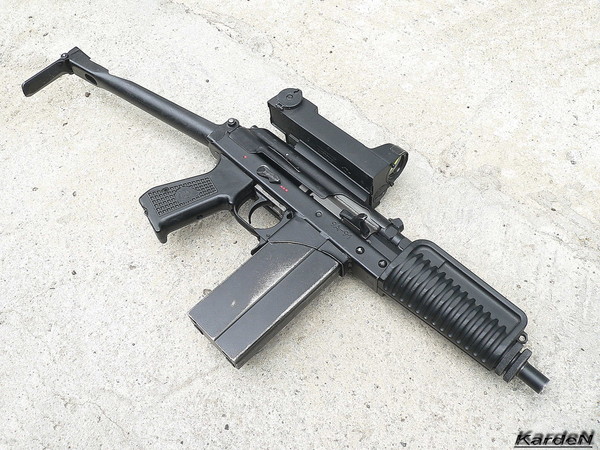 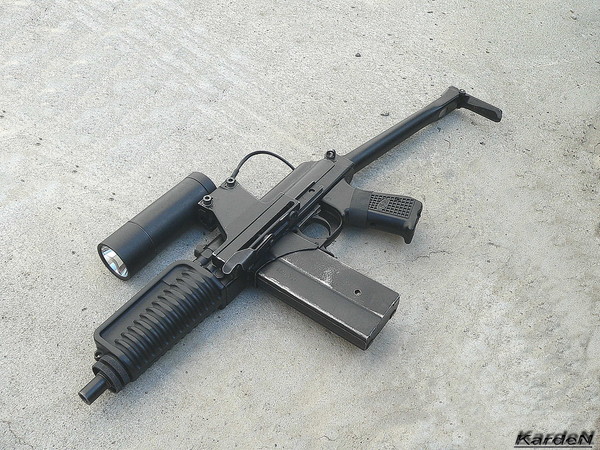 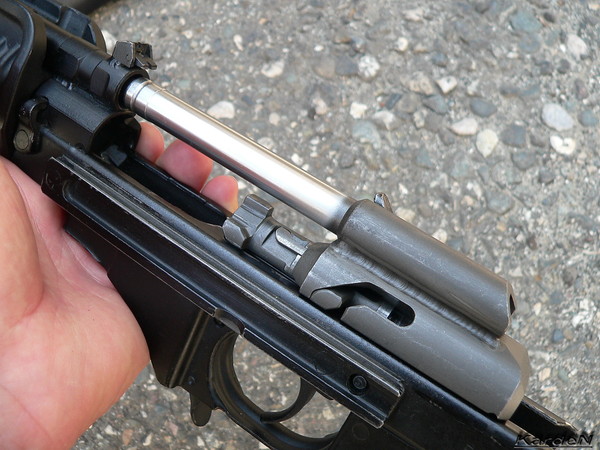 Compact machine 9A-91, unique in the world does not exist