How to enter the PMC Wagner. Of those killed in Syria fighter Alexei Yaroshevich

19 September - the day of death Yarashevich - information portal “an Islamic state” (banned in the Russian group) Amaq Agency posted a photo of four men killed with a short signature “The Russians, not like the staff, mercenaries”.

Later, in a number of communities in social networks spread the same photo, naming the person in the photo Alexey Yaroshevich. There are photos without retouching, which can be clearly seen the characteristic shape of the nose and eyebrows killed. Comparing with photos of Alexey, made during his lifetime, we saw, that facial features are very similar.

Go through the Euphrates and stormtroopers, which says nothing about the Ministry of Defense

According to the reports the Russian Defense Ministry, 19 September the situation was as follows: Assad's army, backed by Russian advisors and aviation videoconferencing Russian crossed the Euphrates River and advanced into the village Deir az-Zaur. 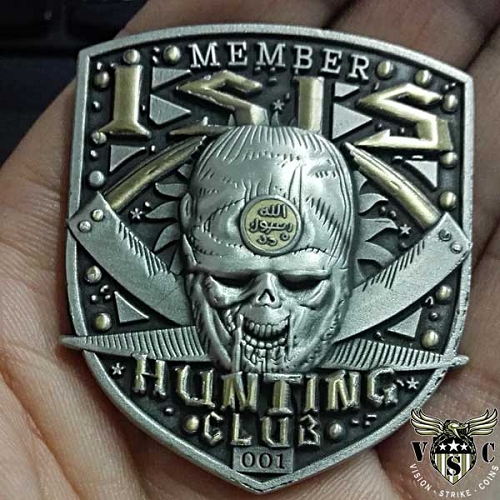 On the same day an armed group trying to break through on the east of Deir az-Zaur, the territory, controlled by the militants IG. This is reflected on the map, which is updated online and accumulates Tweets from around the web.

Naturally, any Russian assault teams there, According to the official version of the Ministry of Defense, could not be. But just between the city Hushem, busy asadovtsami settlement and Al-Tabia, which is controlled by jihadists, day of September 19 when trying to break the four men of Slavic appearance were eliminated, among which there was also the Byelorussian.

They have in the neck - a distinctive personal tokens. Usually there is a number of six digits and the inscription on the token professional member “Russian Armed Forces”. But on the metal plates from the dead is not specified belong to the country, and only the letter “M” and four digits.

This, too, no doubt Dorovskih Bondo - a well-known Russian businessman, which 2014 , under the influence of propaganda went to war against Ukraine, but then I gave up and has spoken publicly criticized Russian authorities.

“I did not know Yarashevich, but I can say - if he had been killed in Syria, it vagnerovets. In Syria, there are no other Russian PMCs”, - noted Dorovskih, which with Donbass times it left a lot of friends among vagnerovtsev.

According Dorovskih, in “Wagner” fighting not only Russians, but also Ukrainians Belarusians. And Belarusians excelled in both PMC “good people”.

Wagner operates with PMCs 2014 of the year. Ukraine's security services say, vagnerovtsy that involved the destruction of Ukrainian IL-76 in the Donbas, participated in the storming of the Lugansk airport and battles for Debalcevo. In Syria vagnerovtsy distinguished in the assault of Palmyra in March 2016 year and a number of other operations. According to media reports, the minimum rate for the average in the PMC Wagner - about 250 thousand (more 4300 dollars), but with different bonuses, this figure may reach 450 thousand (more 7800 dollars). Separately provided for the payment of the wounded and the relatives of those killed.

“The main reason - the money”

Anton Borisenko from Vladivostok was serving in the Naval commandos. AT 2015 year went to the training base of PMC Wagner Molkino Krasnodar Territory and three months later he was sent to the Donbas, in the sand, where then is most fierce fighting.

“After the conclusion of the contract, I was not given a copy of, and no one gave out arms. Everyone has seen them for 15 minutes, yet signed. Manual and those, those above, in person and by the names we did not know. But we knew, what “Wagner” with the General Staff warm and supervise”, - said Borisenko.

the question, what motivated 26-year-old boy to go to the mercenaries, he says,: “The main reason - the money”.

He claims, that during the assault Sand received 280 thousand Russian rubles (4850 dollars). After the end of the active phase of the war in the Donbas, vagnerovtsy headed to Syria.

“Fighters in the PMC about 1500. There are in Damascus, and in Häme, and in Latakia, in Aleppo. All scattered into companies. my platoon commander was killed in the storming of Palmyra, lost his leg, so I was transferred to his office”, - said Borisenko.

Experience of participation in the war in Donbas has a significant portion of today's fighters “Wagner. After, as the active phase of military operations in the south-east of Ukraine completed, militants reoriented to protect the regime of Bashar Assad in Syria. In Syria after the Donbas went and Russian Alexey Sauko (call “Memphis”).

“We met, when we recruited at Donbass war, - says his friend Sviatoslav Golikov, - There is not much mystery in, that much of the volunteer battalions formed in the Rostov region is actually in the form of private military companies. In one of these - battalion “Steppe” - in June 2014 year we “Memphis” and met”.

After 2014-go “Memphis” several times came to the territory of Ukraine in the various Russian departments, and in the fall 2015 Year went to Syria as part of PMCs Wagner.

“I do not know, as it was in the "Wagner", - said Golikov, - But after, as we have got into this line of PMC volunteers gathering system in the summer of 2014, any ties the guys were - go to the right people was not a problem”.

Golikov says, that the salary of the soldiers “Wagner” Syria was about twice as high, than that of Russian mercenaries in the Donbas.

“Nothing wrong with that: Army officers and contractors also receive allowances for participation in battles. And here is actually - an informal division of the Russian armed forces, which carries out dangerous tasks. But Alex was not the, who stupidly went for the money. If the homeland pays for the task - it's great. But this is not the main factor. Just the work of his capture”, - said Golikov.

In March 2016 Wagner, the PMC has participated in the storming of Palmyra, and during these fights 28-year-old “Memphis” He was killed. Putin posthumously awarded him and a number of the Order of Courage vagnerovtsev.

Wagner fighters PMCs are usually not giving interviews and posing in social networks with weapons. Complete privacy is separately specified in the contract and prescribed for admission to the company.

Russian Pavel W. previously fought in Donbas on the side of separatists, and in the spring 2017 the year was in Molkino, but unlike the others on the basis of vagnerovtsev can say - at the last moment he refused to sign a contract.

Base PMC Wagner Molkino located in the territory of the 10th separate brigade of special purpose GRU. To get to “Wagner” potential mercenary must go through several PPC, with random person impossible to get there - only through personal contacts and preliminary agreements.

“In Molkino in any case we can not speak, that you go to the PMC Wagner - between their their so no one calls. At the checkpoint you say, that you in “company”. They cause a special person, he asks, How did you hear about “company”, checks documents. If all goes well, then you walk on. When you pass all PPC - see men, are very different from conventional military, they have their form and machines sand-colored, all with beards”, - says Paul.

Officer ranks in the PMCs are not mentioned. There are only a group of commanders and groups. Vagnerovtsy refer to each other by callsign, call names is not accepted even at ordinary conversation between a (often simply do not know the names of). Additional inquiries are not welcome, suspicious.

“If the contract is signed, then no turning back. And if you're signed, but then I realized, that is not yours, then you can simply return, we were told. I understand, just shoot in the back”, - says Paul.

Paul himself wanted to go to the PMC Wagner as a sniper, but gained only Molkino assault brigades fighters.

“I refused to sign the contract, because there simply type meat. In stormtroopers 70 percent loss - this is normal. In vagnerovtsev in late 2016 and early 2017 year killed about Syria 300 human. Due to the large losses in the PMC raised the pay - to 250 thousands to 350 thousand (about 6 000 dollars)”, - Paul says.

According to Paul, vagnerovtsy in December 2016 he took part in the storming of Aleppo jointly with the troops of Bashar al-Assad.

“PMC Wagner's "need, to cover the loss of the Russian and not officially take part in ground operations. Putin guys fighting for money, FSB their covers. As far as I know - all in parallel, there is evidence of Russian military. The responsibility they will bear only, if the change of power in Russia. And while many dream to get there in Russia - they pay real money. I know the guys, that some fighting in "Wagner" and is now a very bad feeling: crisis in Russia, and they have an expensive car, and two or three apartments”, - Paul explains.

On the way to the legalization

It is worth noting, what else 29 December 2016 , Vladimir Putin signed a law on short-term military contracts (to 1 of the year), which can be made, in particular, in order to “suppression of international terrorist activities outside the territory of the Russian Federation”. Experts rate this law as a step towards legalizing Wagner PMCs. Simultaneously, Dmitri Utkin (“Wagner”) He was spotted at a reception in the Kremlin, later it appeared his photo with Putin.

But while PMC Wagner remains illegal. According to Russian media, in the top Russian military leadership is now there is a struggle between the supporters and opponents of the legalization of Wagner PMCs.