Educational materials
Equipment
weaponry
New on site
news It is reported that Igor Strelkov was detained while trying to get into the zone of the NWO
news Sources report the signing of an agreement between Iran and Russia on the supply of attack drones
news China raises combat aircraft in connection with a new visit to Taiwan of an American delegation
Konstantin Lazarev New! Large-caliber machine gun 12,7 mm SHAK 12
Konstantin Lazarev AEK-971 - SWAT assault rifle!!! Balanced Automation - unique weapon development! 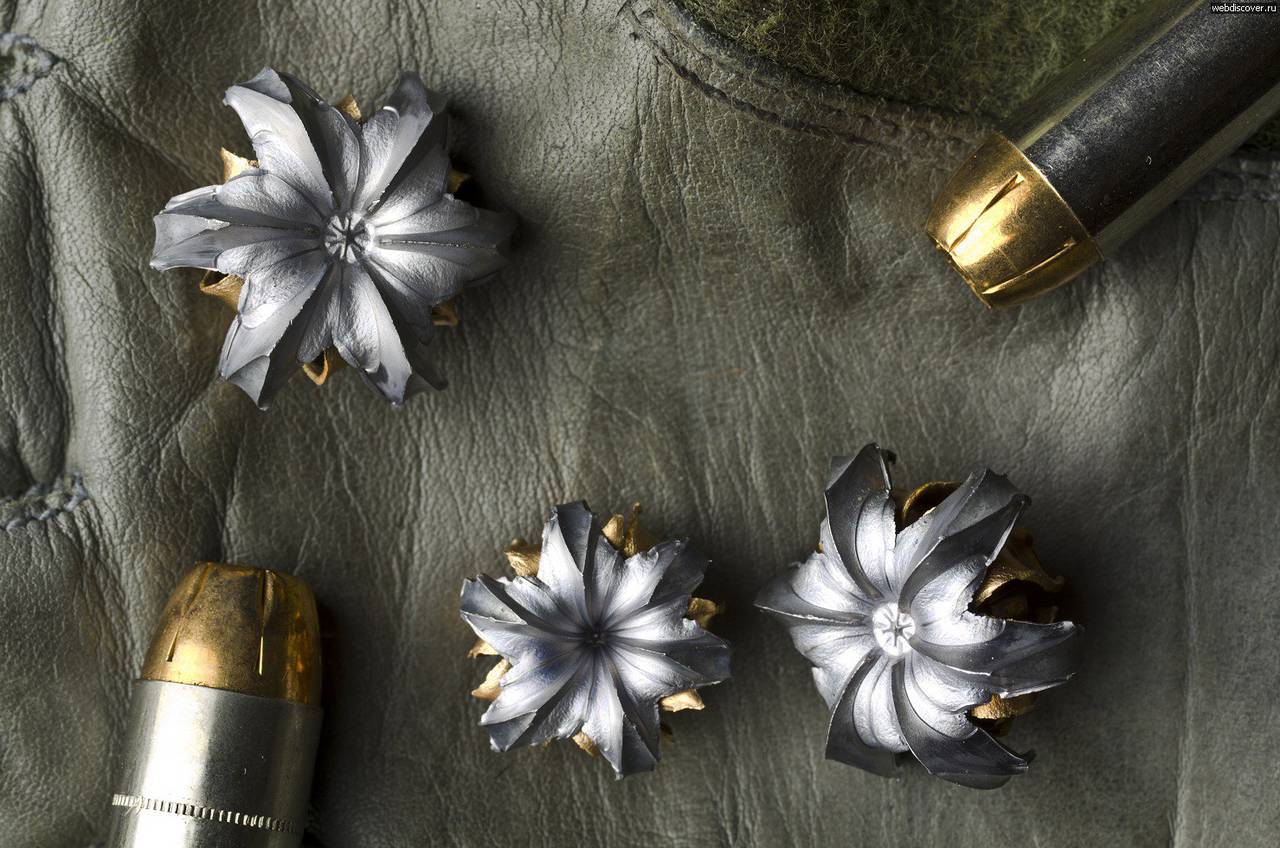 At the end of the XIX century British military developed a new type of bullets for small arms. T.n. bullets "dum-dum" (by title suburb of Calcutta, where they began to produce) We had a characteristic structure. Their lead core covered with a shell of a harder metal, but its head part remained open. After contact with such highly deformed bullet, passing the target most of their energy. Besides, bullets "dum-dum" applied extremely severe wounds, In combination doomed wounded on heavy and painful death with a low level of medicine. As a result of numerous discussions such munitions, later called expansive, at 1899 year were prohibited by the Hague Convention.

Armies of the world still does not officially use expanding bullets, although there are reports of fighters, who on their own initiative produced such munitions in makeshift conditions. Wanting to increase the power of their weapons, They notched a bullet shell in the head, after which she did not prevent wrinkling lead core. Nevertheless, in different countries from time to time attempts were made to create a series of expansive bullets. Abroad, this resulted in the creation of many types of "police" and hunting cartridges. In our country, in the late thirties hollow-point bullet has been developed, which could be used in an existing small arms.

AT 1939 year NIPSMVO (Research polygon of small arms and mortar) Project expansive bullets "DD" was developed. probably, product designation is an abbreviation of the name of the class of bullets - "dum-dum". The exact conditions for the emergence of this development are unknown. Hague Conventions forbid to equip an army of expansive bullets, but left small loophole - such munitions can be used in law enforcement agencies, eg, in internal affairs. Nevertheless, the exact cause of the "DD" the project remain unknown, which is why there are different versions.

Bullet "DD" was developed for use in existing rifle cartridge 7,62h54 mm R. The sleeve with the standard linkage gunpowder proposed a new bullet to put the original design. In this way, potential operator could use cartridges with a bullet "DD" as with a rifle Mosin, and with the maxim gun and other weapons, which had in the Soviet Union.

Bullet "DD" was created based on the existing bullets 7,62h54 mm chuck R, that the impact on its size and weight. Nevertheless, This product design had some differences. New bullet had a mass 11,5 g and caliber 7,62 mm. In this way, weight and size of the cartridge with a bullet "DD" match the settings of existing rifle cartridges. ammunition weighed 24,5 g and had a length of 77,16 mm.

From the viewpoint of product design "DD" is a modified version of the sample light bullets 1908 year modification 1930. The main element of the bullets was lead core suitably shaped. The middle and the tail of the bullet were to be coated of a harder material. During production of the bullets cartridge 7,62h54 mm R were equipped with a shell made of different metals. probably, bullet "DD" just did not have special requirements for the used shell material. To preserve the required characteristics of the bullet during flight offered to equip ballistic tip, made of plastic. To avoid confusion, the bullet had to be marked with white paint. 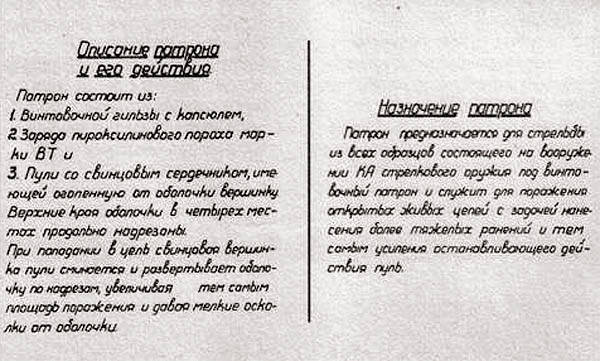 Expansive bullets action should be carried out due to the "bare" the head of the lead core. Besides, in front of the casing includes four small incision, axis parallel bullets. When injected into the target core head part, not a closed shell, It had to be crushed with an increase in the cross-sectional. The notches on the casing should promote rupture followed by further deformation of the core.

Bullet "DD", used with a standard hitch powder, It should have an initial velocity at 800 m / s. The pressure of powder gases in the barrel was not to exceed 3050 kg per sq. cm. calculations showed, that when shooting at a distance of up to 1000 m product "DD" and lightweight bullet arr. 1908 g. fly on a similar trajectory, thereby not required to make the appropriate changes if you change the cartridge.

known, that even in 1939 , the plant №60 in g. Frunze (now Bishkek stamping plant) It was made with some amount of the bullet "DD" cartridges, intended for testing. In the production of an experimental batch of a problem with the production technology. Employees of the plant used plastic, having some unpleasant characteristics. Ballistic lugs bullets have a property to swell when immersed in water. During the subsequent drying lugs deformed, shrank and fall off from the bullets. In view of such problems of the first batch of bullets "DD" failed to pass the test.

Because of problems with the used materials, the development of "DD" expansive bullets stopped. In the late thirties, the Soviet Union began retooling the armed forces, is required to draw all the power and save on controversial projects, unable to give a positive effect. Bullet "DD" considered a typical representative of the past. 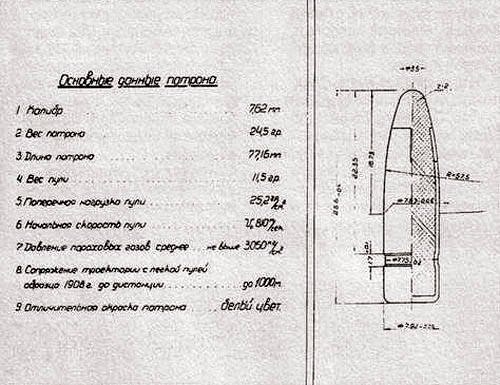 Nevertheless, the idea of ​​such munitions was not forgotten. AT 1942 , the plant №60 newly manufactured batch with a bullet "DD" cartridges, but this time in the edited version. Apparently, gunsmiths first remembered the problems experienced party, which is why decided to abandon the plastic ballistic tip. The modified function modification slug it should perform the head portion of the lead core, having appropriate form. Shell with longitudinal score remained the same prezhney.Togda, 42-m, on NIPSMVO tested modified bullet. established experts, bullet "DD" in the amended version has a satisfactory precision and accuracy of the battle, Ballistics is broadly consistent with the existing bullets, but also simple and cheap to manufacture. Nevertheless, It has not been demon claims. Home touches TN. sensitivity: ability to wrinkle the core while hitting the target when fired from a distance. Maximum distance shot, at which manifested expansive action bullets, deemed insufficient. In this way, at distances 300-500 m "DD" bullet worked as an expansive, and at large distances did not differ from the standard shell. To increase the effective range of the shot with expansive action required significant change bullet design, which threatened deteriorating other characteristics.

According to the test results of modified bullet "DD" recommended to the adoption. Nevertheless, any information about adopting, the beginning of serial production and supplies to the troops no. Likely, and the second time the project "DD" did not give practical effect. The Soviet Union is bound by the terms of international agreements, and therefore could not adopt a prohibited ammunition, and start using it.

Also of note, that, for all the apparent advantages of the product "DD" had a number of specific deficiencies, which could also affect its fate. The relatively short distances (up to several hundred meters) New bullet had greater efficacy compared with shell, however further increase the distance of two characteristic lesions compared bullets. Besides, full-scale production and use of rifle cartridges with new expansive bullet has been associated with a number of technological and logistical difficulties. In wartime deployment of the production of "DD" bullets was just impractical.

known, that based on modified bullet "DD" was subsequently developed product P-44 for intermediate mm sample cartridge 7,62h39 1943 of the year. According to some reports, Bullet-cutting was a modified version of a rifle with some modifications, associated with a power chuck. tests have shown, core bullets P-44 collapses properly, and transmits the target energy only for distances up to 300 m. At greater distances the expansive action absent. As is the case with a bullet "DD", product P-44 was not accepted for service as a Legal, as well as tactical and technical reasons.

A few decades after the completion of the project P-44 in the country began producing rifle cartridges with expansive bullets for hunting weapons. the developers of these munitions were aware of products "DD" and the P-44 - Unknown. Quite possible, they created new bullet from scratch, without taking into account the experience of predecessors.

The fate of the bullets "DD" and the P-44 demonstrates an interesting feature of this class of products. Really, hollow point bullets have long been known as a reliable means with high destructive power and stopping power. Nevertheless, international agreements prohibit military use such ammunition due to wounds inflicted by them. In this case, in addition to contracts, the use of expanding bullets "DD" and the P-44 prevented their specific characteristics. Despite all the efforts of developers, these products in their capabilities were not able to surpass the existing shell bullet. As a result - interesting, but controversial development could not go beyond the landfill. 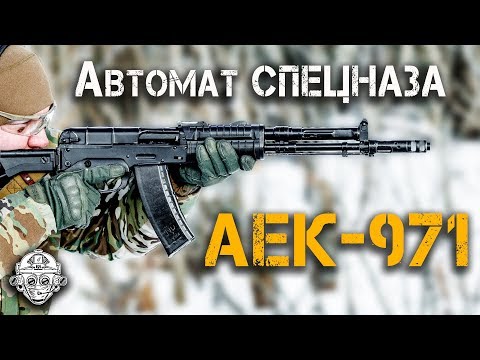 Articles Sentences in the case of Blackwater: from 30 years to life 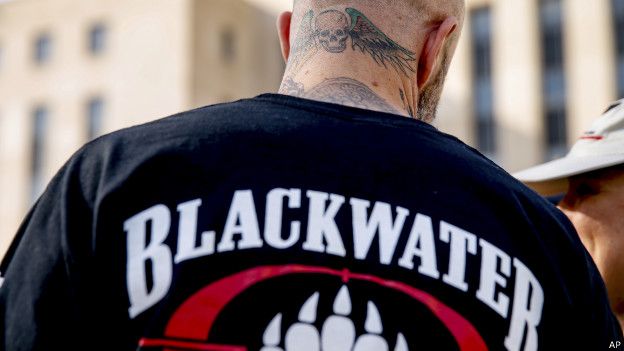