The celebration in the Kremlin Fatherland Heroes Day 9 December 2016 year drew attention to the mysterious topic Russian secret paramilitary, when there was a picture of Vladimir Putin in the social networks in the company commanders of the so-called "private military company Wagner". 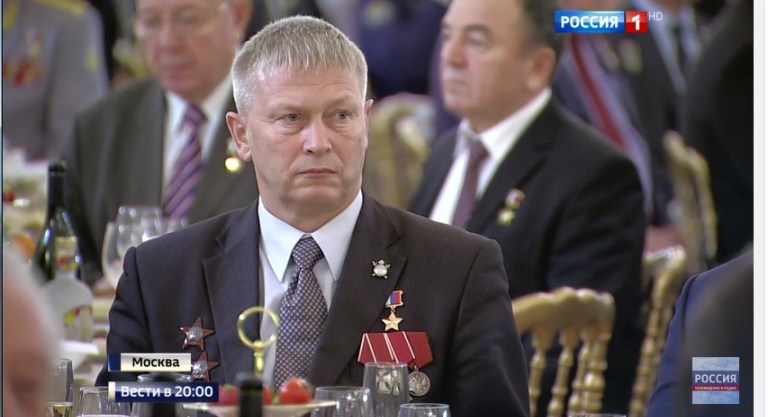 "Wagner" - a pseudonym Dmitri Utkin, a retired officer of the Russian armed forces, which at the time of transfer to the reserve in 2013 he commanded stationed in Pskov region 700-m individual detachment of the GRU special forces of the Ministry of Defense of Russia. He has got the experience of service contract, when I worked for the company Moran Security Group, taking part in operations against Somali pirates.

"Wagner" is the most ambitious in the Russian experiment with the use of private military forces. In the rest of the world such PMCs, like Executive Outcomes and Erik Prince Blackwater, who started out as a corporate security division, They became de facto instrument of state military machine, occupying a niche between the regular army and the elite units of the army.

At the time of this writing, the Russian government has not adopted a clear policy on PMCs in Russia. Although the State Duma a draft law has been proposed, which should give them a legal status, After some discussion, it was shelved. As it appears, the Russian government decided to wait, and the final decision will depend on a number of factors.

At first, Much will depend on the relations between Russia and the West in the era of Trump, Brekzita and victory prospects antiglobalization parties in the European Union. When, if the relationship will develop in the direction of cooperation, not confrontation, this will reduce the need for PMCs. The second factor has to do with the experience in Syria, where it took place the most ambitious and open demonstration of Russian private action groups, Although these structures are used to solve state problems already for more than ten years. Their effectiveness has been demonstrated in the Crimea and Donbas, where a number of quasi-PMC has been involved in the implementation of military tasks, who, for political and military reasons can not be fulfilled Novorossiya militias or regular Russian troops.

Syrian operation was not only the most prolonged and intense, but it made it possible to evaluate the relative advantages and disadvantages of PMCs compared to regular units of special forces and other elite forces. In this respect, Syria has shown the evolution of the concept maturation, which was based on the experience of different operations in Central Asia, in the Caucasus, in the Crimea and Donbas.

Unlike in the United States, where the model is the use of PMCs has been accepted at the top, predecessors of the present Russian forces emerged spontaneously, in response to "market demand" as close to Russia's borders, and around the world. Also, the ability to use the most of a large number of experienced and skilled veterans of Afghanistan and Chechnya. Surprisingly, Russian PMCs owe a lot to the United States and other Western countries, who used the Russian "mercenaries" in a number of operations, including Iraq. Even Wagner's operations in Syria are the result of the initiative of Dmitry Utkin. Only in the past two years, the Russian Defense Ministry has decided to make use of PMCs in combination with other available forces, and effectiveness of the action teams Wagner was an additional incentive for the formal institutionalization of relations between them and the Ministry of Defense.

Since the existence of PMCs Wagner and his involvement in the Syrian operations is no longer a secret, There were no reports of operations or perform tasks carried out by them. According to some estimates, we can talk about 400 operations in this country, where they are most likely involved in direct clashes. Besides, no reports of casualties Wagner, including fatalities.

AND, finally, there is also the important question of whether, what kind of relationship can be formed between the PMC and the Special Operations Forces, of which the first, it is natural, will recruit new fighters. A significant degree of US dependence on contractors in relation to unruly infamous global war on terror has led to an increase in the number of civilian casualties in Iraq and Afghanistan, killed by the contractors of the private units Hand, unaccountable US or local laws, and triggered a massive outflow of trained personnel from the US Special Operations units, who opted for higher wages and personal freedom.

What will be the formal relationship between the state and the PMC, perhaps, and will not be made public. After all, there are good reasons to maintain a certain level of secrecy surrounding the tool of secret military operations. maybe, it has also become a factor, explaining, why there is still no law, legalize their activities in Russia. However, Considering, that soldiers and commanders Wagner units received high military decorations for his contributions in the Syrian operations, looks like, private military companies in Russia will play a big role in the future. Recent talks with Libyan military leaders on board the aircraft carrier "Admiral Kuznetsov" suggest, that Syria will not be the last place, where they will carry out combat missions.

Transfer from our friends: Mixednews