Five of the world's leading PMC

Not a secret, that war zone is now difficult to imagine without the volunteer corps and salaried persons: some of them - active military, undercover, the other part - the idealists, who firmly believe in his innocence, but the most common ordinary mercenaries, killing for the sake of dirty money and pursuing far from peaceful purposes, writes journalist Yevgeny Radugin online “Politicus”. But we need to be able to separate the wheat from the chaff and understand, where the rabble, who fights for the sake of others' goals, Using openly violent methods, and where worthy warriors, risking their lives for the noble ideas, separating them with the concept of honor and justice.

Opens our hits the war in Syria and Barmalej, sometimes prepodnosyaschie themselves as idealists, but actually, It has nothing to do with any ideology. Thanks to them, the war in Syria has turned into one of the dirtiest confrontations. The country was flooded guerrilla gang (from 20 to 150 human), who do not have a unified command and in general not subject to. chaos! They kill and terrorize the population. It comes to the point, they are killing each other in an attempt to divide the booty, looted from local residents homes.

Who just is not among them. Tunisians, Turks, immigrants from Yemen and Jordan. From Libya alone more than ten thousand fighters. These include a huge number of ex-prisoners, part of the Al-Qaeda militants. Action of the so-called “opposition” wallow in money, yet can freely download and sell the Syrian oil. And in addition to the money, they have more income from looting and backers from Saudi Arabia and Qatar. Many of them dream, that the war did not end for a long time.

№4 western PMCs in the war in the Donbas

Starting with the coup in Ukraine, country naturally become an arena of confrontation hidden, in untilled field numerous orders, ranging from personal internecine fights of the oligarchs, ending with the orders for war crimes in the Donbass. Applications are received not only from the local political and economic elites, but also from Western structures, pursuing their own interests.

The media information appears constantly on the participation in the conflict of Western PMCs. Besides, Ukraine, Due to its geographical position, previously attracted such companies. for example, Odessa was one of the major transit points for basing individual, participating in military operations in the Middle East. 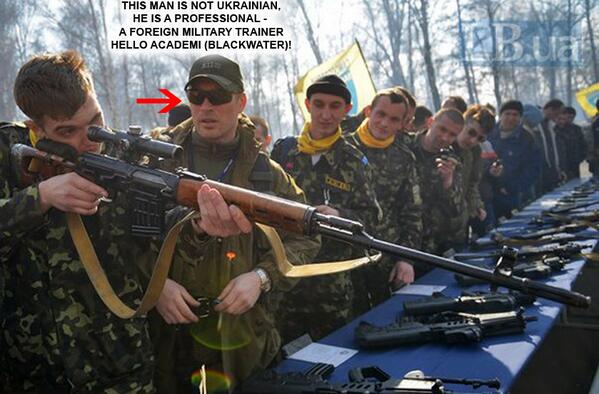 Naturally, we are talking not about the people, “believed in the bright ideas of Maidan”, and on specific armed groups, which are often mentioned together with the name of the odious Ukrainian oligarch Igor Kolomoisky. About his personal armies actually known for a long time, but apart from that the hiring of the order mentioned in the public domain 300 Specialists from the Academi and an affiliate of Greystone Limited. Besides, “KiberBerkut” I got a number of documents, Kiev concerning contacts with the American PMCs Green Group.

In addition to western PMCs, in Ukraine there are officially registered military companies. According to international documents, those four. To this list we can add an already pretty battered Ukrainian “volunteer” battalions, which differ reverence ideas of nationalism, but hardly deserve a mention too much. At the same time, there is “consulting” organizations, are directly related to an armed conflict in Donbass, such as Omega Consulting, led by Andrew Kebkalo.

Perhaps, most impressed by the US military and their PMCs have left Iraqis. Firstly, this is about “Blekuoter” (English. Blackwater — “Black water”) - in February 2009 It was renamed in “vehicles” - a private US security firm. In fact - a small, but powerful “private army” – in its ranks about 2,5 thousands of professional mercenaries in active service and about 25 thousands of soldiers in reserve.

The company has become notorious in connection with the incident with the murder of Iraqis. 16 September 2007 the employees of “Blekuoter”, guarding a diplomatic convoy of US State Department, in the central Baghdad area staged a gunfight, which ended with the death of seventeen Iraqi civilians, about the same number wounded.

Behavior and permissiveness PMCs soldiers repeatedly faced them head-on with the American military government. For example: in a protected area of ​​the Iraqi capital fighters “Blekuoter” flew into the armored vehicle of the US Army. The situation is almost ended in a shootout, and the loss of life - PMC soldiers defused the US military, put them face to the ground. One can cite the example of other unfortunate incident, after which the soldiers of the American PMCs firmly entrenched the status of brawlers and bespredelschikov. PMC drunk employee in 2006 He was shot by a bodyguard of Vice President of Iraq, I stabbed him three bullets from a pistol. Despite the seriousness of the charges, prosecution officer “Blekuoter” not been.

From radical and frankly dirty private military forces move to a disciplined private companies, who are driven not only material benefit, but such concepts, as honor, dignity and justice.

“white legion” He learns its name during its operations in Africa. So they called locals. At that time, the number of legion was 300 human. They came to a sudden war, to support the dictator Mobutu regime, “black Bonaparte”.

“white legion” – multinational organization, which included two housings and division (Corps Colonel Tavernier, Slavic housing, Division Captain Dragan). As can be understood, he was from the French and the Slavs (Russian, Ukrainians, Belarusians, Serbs). 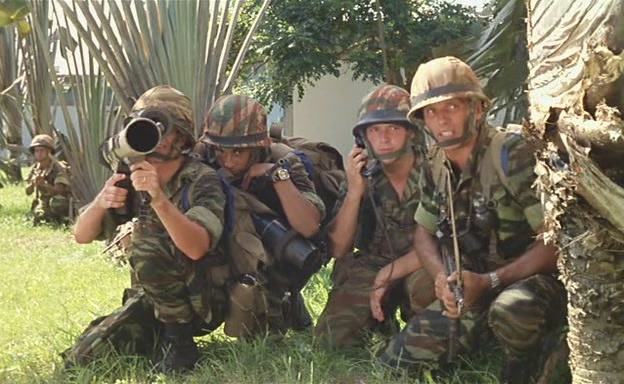 Many sources say the special grip Russian legionary. When all have already started to retreat, fight the advancing forces was only a body of Lieutenant Misha. They stopped the enemy counterattacked, causing air strikes, using IL-76, bomber.

Slavs fought for Kisangani to May, waging fierce defensive battles and answering furious counterattacks. Legionnaires were quickly, but just as lightning they vanished. flew smoothly, on airplanes, in full uniform and with special equipment.

The information goes online, of course, Informal about Russian “consulting” companies, taking part in armed conflicts in Ukraine and Syria. The most frequently mentioned - “Slavic housing”, later transformed into the “Wagner PMCs”.

All information, appeared on the network of PMCs Wagner, basically I had the character “revelations”, in fact, for that there are no objective reasons.

The lack of information gives rise to the myths surrounding PMC Wagner. many media, such as “Fontanka”, They use stealth private military companies for their own purposes, and build "exposing" assumptions, naturally, without seeking any evidence. The only argument, which operates edition - this video, where the mortally wounded soldier from Lugansk time to say opponents, who took him prisoner, his commander - Wagner. 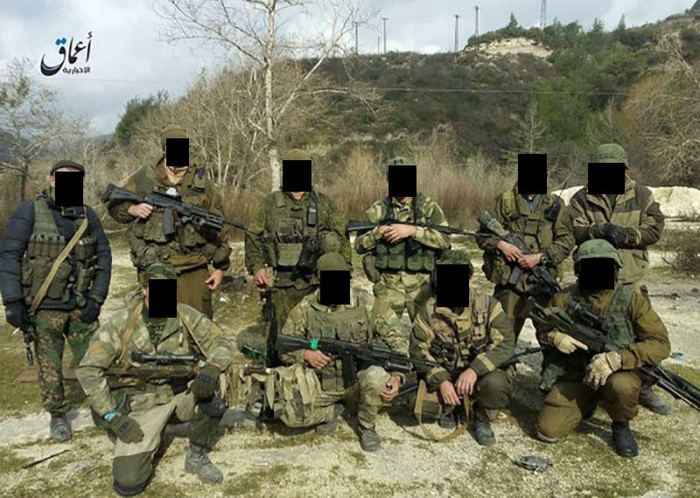 The information network is not a lot, PMC soldiers observe rules of confidentiality, but the available data we can say, the boys are fighting not only for allowance. warrior spirit is present here, which is inherent honor and justice.

An example would be the same video, which “Fontanka” It provides as revelations. Fighter, not having the ability or the strength to offer any resistance to the punitive APU, It shows resistance, inherent real hero, and does not give out any strategic information.

agree, an excellent indicator of military training and resistance fighters PMC Wagner. Human, whom, likely, subjected to deadly tortures, but I survived all the trials, Unlike, for example, commanders and fighters of the APU, who are ready at any moment to leave the battlefield, leaving staff, colleagues and friends in the so-called boilers.

According to some reports, PMC Wagner fighters disarmed under the Luhansk brigade “Odessa” and held Brigade Commander Thomas. According to others these same guys today are helping Syria to get rid of terrorists and militants LIH, that our Western partners so carefully watch over.

A small information already tells us about the honor and dignity of soldiers Wagner, who are true professionals in their field and are willing to give his life at any moment, not to stain the proud title of military, for work, in which truly believe.

This rating reflects the approximate status of private military companies and mercenary troops. More often, as you can see, it is not structured units, the main purpose of which is to obtain material profit. There is nothing surprising, but the worst thing, when the number of guns in their frank killer, have fun with the committed crimes and have nothing to do with such concepts, as honor and justice.

Today Russia has a chance to take their rightful place on the private military market, not only in the countries of the former Soviet Union, but also in the Middle East, which we have already experienced in their own skin incarnation “American dream”, which resulted in the total poverty and devastation. But first you must decide, as acceptable. So far, no consensus on this issue no, but PMC Wagner shows, These people follow the rules and honor the quality, this inherent military.