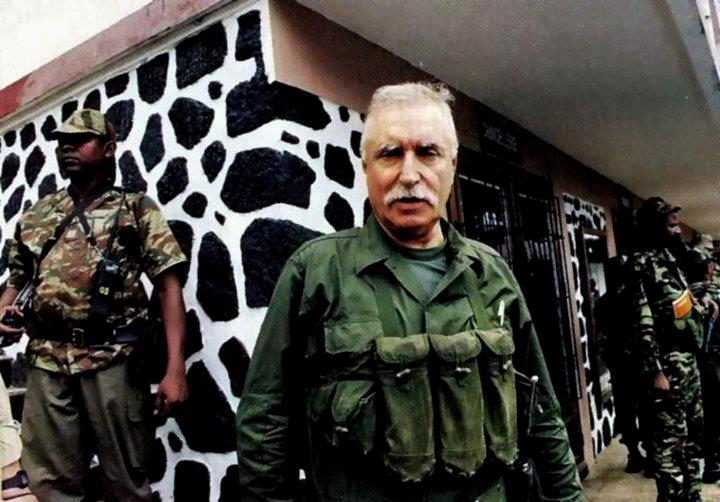 Bob Penny (fr. Bob Denard, 7 April 1929, Gray-э-l'Opitaly - 14 October 2007, Paris), aka Gilbert Bourget (Gilbert Bourgeaud), aka Said Mustafa Majzoub (Saïd Mustapha Mahdjoub) - French military and mercenary, member of a number of armed conflicts in Africa and Asia. Worker geopolitical project françafrique. In 1978-1989 - the commander of the Guard of the President of Comoros. He was convicted of belonging to organized crime. He earned the nickname King of mercenaries. It considered one of the legends of the Cold War.

He adhered to the extreme right-wing political views, He was a staunch supporter of French colonialism. AT 1954 arrested for plotting the assassination of left-liberal Prime Minister Pierre Mendes-France, intends to reduce military spending and to grant independence to the North African colonies of France. Denard more than a year spent in prison, but he was not convicted. After his release, has established links with the French secret services continue to act in close contact with them.

AT 1961 He enlisted in the army of Moise Tshombe, He fought on the side of the Katanga separatists. Hard to stop attempts of the massacre of the white inhabitants of the Congo, in particular, the city of Stanleyville, from whose hand they have not taken.

After the defeat katangtsev Denard retreated to the territory of Angola (while Portuguese colony). AT 1963 he took part in the civil war in Yemen on the side of the monarchists, against local supporters of socialism and Arab Nasserism.

In 1964-1965 he served again in Tshombe, headed by the time the Government of the Congo. He fought against the leftist supporters of Patrice Lumumba (Denard was among the opponents of Che Guevara). Congolese Movement followers of Lumumba - "Simba", accompanied by mass atrocities. Because it was supported by the states of "real socialism", the conflict has taken a pronounced ideological character. Suppression "Simba" in the course of the operation "Red Dragon" was carried out by international forces with the active participation of mercenaries.

After removal of Tshombe as prime minister Bob Denard initially supported the new president Mobutu. He played a major role in suppressing the rebellion of the first Katanga, initsirovannogo against Tshombe, Mobutu in July 1966. However, the strengthening of the central government of Zaire did not correspond to its interests. The following year, Denard again supported the separatist Katanga led by Moise Tshombe.

AT 1967 Denard led a revolt of mercenaries and Katanga security forces - supporters Tshombe. Movement of Katanga had spread to neighboring Kivus, but it was suppressed by the troops of President Mobutu, Denard recent ally in suppressing lumumbistov- "Simba". Denard was seriously wounded in the battle for Bukavu and taken to Southern Rhodesia. After his recovery, he tried again to invade Congo, but this action was seen as a farce and not developed.

Another character was of an uprising of mercenaries and the Katanga gendarmes 1967 of the year. Here it was actually the creation of "pirate kingdom" on the part of the territory of the Congo. Rebels opposed themselves are not pro-communist movement on behalf of the West, as a mercenary in the operation "Red Dragon", and the central government of Zaire, has received international recognition. (Although, in some respects, the actions of a group of Schramm-Denard viewed French interests.) 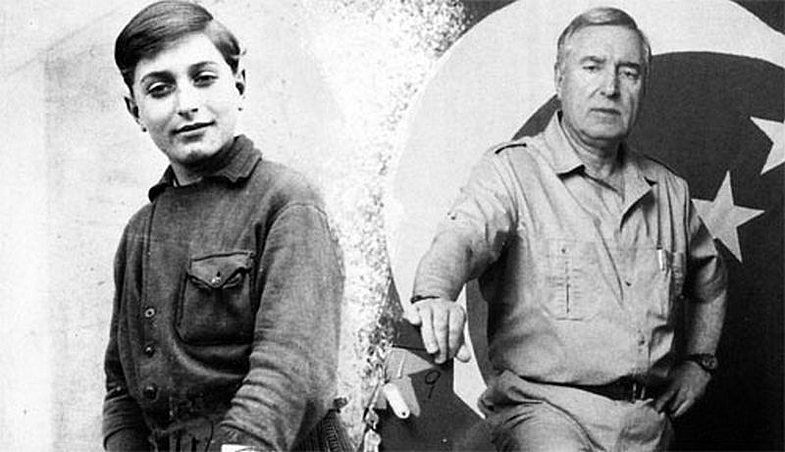 In 1968-1978 Bob Denard served as a military advisor to the Gabonese President Omar Bongo. Bongo regime was one of the key allies in Paris françafrique system, from which one can conclude there is a close connection with Denard French and foreign intelligence agencies.

Thus Denard periodically connected to the armed conflict in various "hot spots". He participated in Operation Green Sea 1970, He led an unsuccessful attempt to overthrow the Marxist regime of Mathieu Kerekou in Benin 1977. Rather ambiguous results Guinean raid and the complete failure of the Benin operation were seen as symptoms of changes in the overall political balance of forces on the African continent.

Periodically appeared information about a particular Denard participation in armed conflict on the side of the white minority Rhodesia, anti-communist forces in the Angolan Civil War[8] and Zaire Mobutu Sese Seko regime in suppressing insurrection in Shaba (former Katanga) at 1977. There are data on participation Denard also in the civil war in Nigeria, on the side of the separatist movement of Biafra. The reliability of this information is unclear. 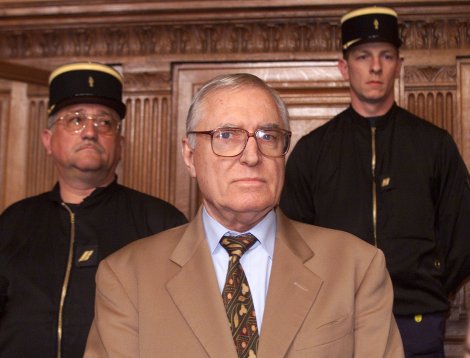 Board in the Comoros

In spite of his political guidelines, at 1975 Denard was involved in the coup in the Comoros, led to the Maoist government of Ali Sualiha. Less than three years later,, 13 May 1978, Denard made a new coup in the Comoros, whereby SUAL was overthrown and 29 May 1978 killed. President Ahmed Abdallah was again.

“In the Comoros I spent a total of fifteen years, but stories about a dozen coups - stupidity. I participated in a maximum of two or three”, – Bob Penny.

Bob Denard was the commander of the Presidential Guard, converted to Islam, the name Said Mustapha Majzoub and Comorian citizenship. Comoros mercenary military base was created. Denard actively engaged in business, He became co-owner of the network of hotels and land. The Presidential Guard has become a major (on the scale of the Comorian) business entity.

In November 1989, fearing another coup and complete the usurpation of power denars, President Abdullah signed a decree on disarmament Guard. A few days later Abdullah was killed in neproyasnonnyh until the end of the circumstances, and Denard was evacuated to South Africa, then extradited to France. At home, he was brought to trial for the murder of Abdullah, but acquitted for lack of evidence.

Night 27 September 1995 Denard newly arrived in Comoros at the head of 33 human. However, the attempt to seize power stopped the French troops under the Franco-Comorian interstate agreement. Denard was arrested, delivered to France and again appeared before the court. Criminal proceedings against Denard instituted in Italy - for the recruitment of mercenaries for a coup in the Comoros. 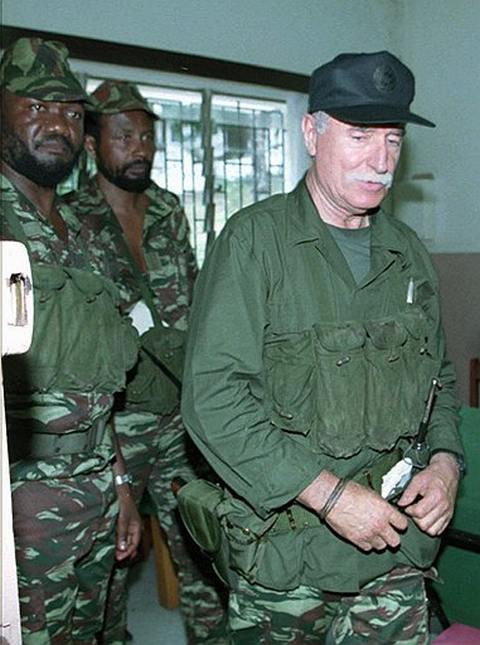 Denard claimed, he acted in the Comoros with the approval of the French authorities. In his favor he testified Charles Pasqua, the charge pressure from the Jacques Fokkara.

“At trial, Monsieur Fokkar called me "an honest man and patriot, who served his country”,- Bob Penny.

AT 1993 against Denard was convicted of the attempted coup in Benin. In June 2006 Bob Denard was convicted of belonging to a criminal association and sentenced to 5 year suspended prison sentence. In July 2007 Court of Appeal changed the sentence to 4 years of real life. the term was subsequently reduced to 1 of the year, but Denard was not served on the state of health. A few months later, Bob Denard died. He is buried in the Parisian church of Saint-François-Xavier.

1961—1978. Assassin Denard - active anticommunist. He participates in local wars on the side of pro-Western right-wing forces, occupying a certain position in the Cold War.
Some exceptions to this principle there in three cases - Katanga separatists after 1965, Biafra and the Comoros coup Sualiha. In the first two situations Denard on the side of the separatist outlaws, whose actions are consistent with the interests of France (Tshombe in the Congo and Ojukwu in Nigeria were willing to give the French economic preferences and enjoyed the support of Fokkara). In the third, as it appears, Denard position defined financial component.

1978—1989. Denard controls Comoros in tandem with President Abdullah. Some settings saved in the right-wing declarative level, but in general, the board is oriented pragmatically.

1989—1995. Denard struggling for the restoration of the lost positions in the Comoros without regard to ideology and political principles.

This evolution in the direction of de-ideologization and commercialization of African politics reflected the dramatic changes, since the end of the Cold War and marked by Denard in the early 2000s:

“In the sixties troops "soldiers of fortune" consisted of the "pros", that, usually, worked for the interests of their countries, and all their actions are monitored by the security services. the Governments of France, England and the United States was simply good to pretend, like in the jungle fighting group of adventurers, with whom they have nothing in common. In fact, while in Africa there was a war between the USSR and the West. Earlier in the "wild goose" profession attended, if you want to, romance, now mercenaries are only interested in money. Superpowers from Africa left, but she became interested in criminal business. And it also causes bloodshed”, – Bob Penny.

Bob Denard was nicknamed "King of mercenaries". However, it is worth noting, that despite his military skills, the political forces, on the side of which he spoke, often defeated. This applies ultimately to Moise Tshombe (although a series of victories was achieved in 1964-1965), Guinea and Benin to the opposition, to the Rhodesian regime of Ian Smith, Angolan UNITA, to the Nigerian movement Odumegvu Ojukwu (although Biafra managed to stay for three years, and periodically conduct counter-offensive). Examples inverse properties - riot 1977 night, support of President Bongo in Gabon, partly help the Yemeni monarchists. Most effectively acted Denard in the Comoros.

“For me, money is not the main. I am ready to examine any proposal, but it does not mean, I agree to all the horrible. I have principles. But above all I appreciate their freedom, in which, as is known, priceless”, – Bob Penny.

Denard recruitment schemes largely formed the basis for the functioning of modern PMC. 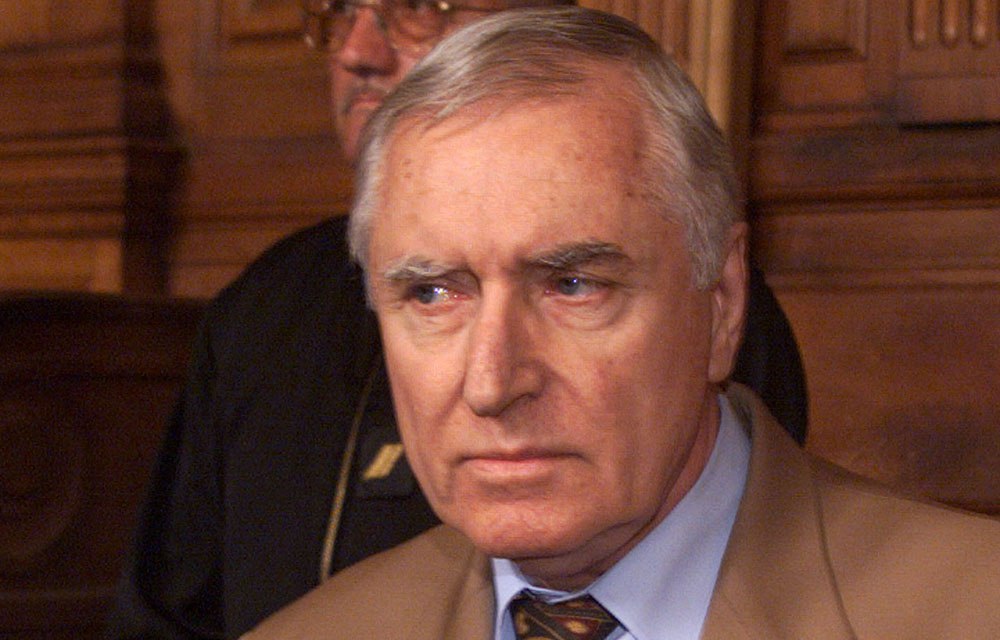 Russian soldiers have always been excellent, not surprising, that some of your military personnel, dismissed from service, They found employment in Africa. They would be and more, but not all of your officers speak in English and in French. Therefore, a group of Russian mercenaries while few in number. AT 1997 year I have met in Zaire about a hundred Serb and Russian, who fought on the side of the ex-President Mobutu. Soldiers were laconic, very well equipped, trained, participated in SWAT operations.
Bob Penny

There is an opinion, Bob Denard is the prototype of the hero of the novel by Frederick Forsyth "The Dogs of War". it, but, often questioned, because the protagonist is of great idealist Shannon, rather than real Denard. 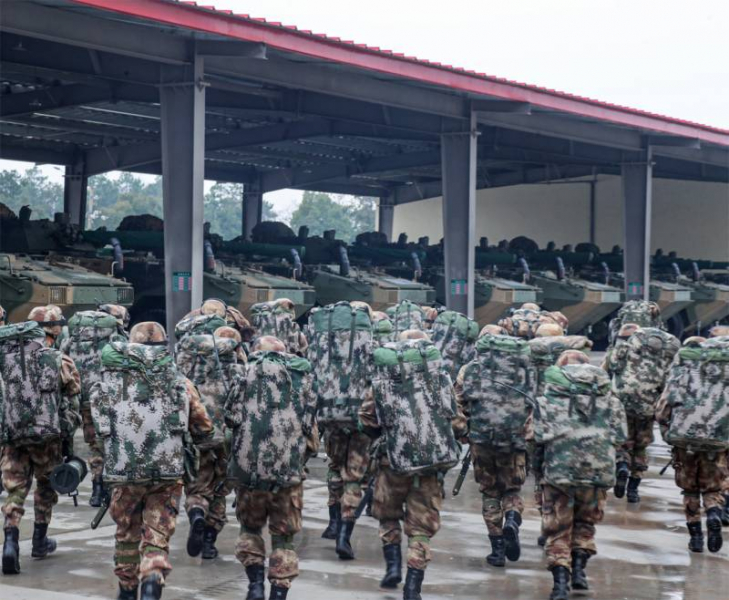