The volunteer said DNR, that in the unrest on the Maidan were involved PMCs from Australia 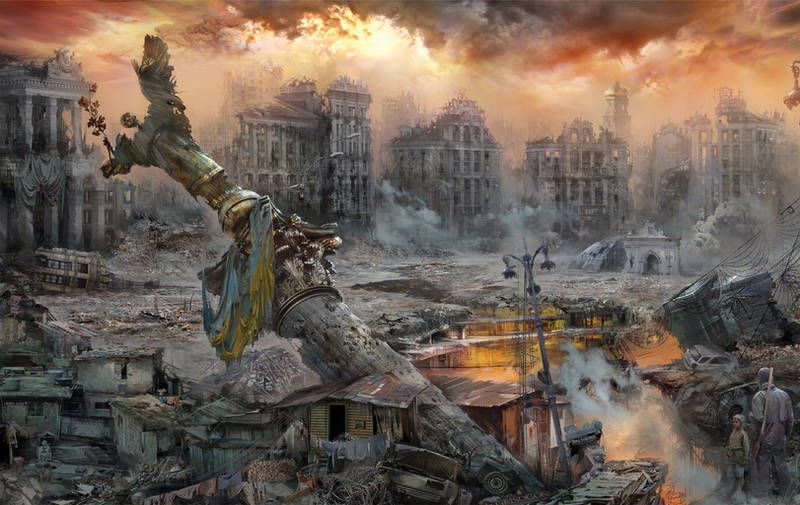 Amphibious soldier told DNI, as in the time of the Maidan protesters killed commandos Blackwater, now known as Academi, the correspondent of the Federal News Agency.

FAN correspondent talks with militia, who asks to call his callsign "Nathan". In summer 2014 year, Nathan was the problem in Kiev: take a picture of mercenaries, who were there, and transfer photos. After the incident, the man hit the Ukrainian prisoner, where he spent six months and was subsequently traded.

"Judging by the accent, it was the British or Australians. remind, When, during Antimaydana Donetsk seized the regional administration, here for the money Taruta (Sergey Taruta - Ukrainian businessman, ex-governor of the Donetsk region - approx.) We brought a group, It called Greystone, - says Nathan.

Greystone - is a subcontractor company Academi, known in the past as Blackwater. This is a highly professional private military company. Greystone primarily specializes in riot: by Nathan Slovenia, work there retired commandos, that in Australia consisted of units, analogous known Ukrainian "Golden Eagle". The main profit Greystone gets just from participating in armed conflict - the company became known after participating in the Iraq war because of the killing of civilians. The company is also engaged in the smuggling of weapons and operations in Afghanistan. But, as it turned out, their skills they demonstrated in 2014 year in the Ukrainian capital.

"Because of the Kiev authorities to" Berkut "no confidence was not, I needed someone to replace them, and brought here these Australians. At that time I was still a civil work: I'm not a military, I am builder. And the security service of the company, I worked, accompanied by the protected persons. So they crossed at the airport with these "greystounami". From them we learned, why they were brought here. Our man at the airport, who is well versed in emphasis, reported, that it is the Australians. So we have combined all the available information at the time and learned, that it was precisely Greystone, - witness testifies.

In Slovenia Nathan, has been tasked about the same time to look for additional evidence of stay of foreign special forces in Ukraine - accommodation and other coordinates. In this way, from Kiev came confirmation information, that another group of Australians is based not only in Donetsk, but also in Kiev, near Maidan.

"They lived near the McDonald's coffee shop on Khreshchatyk - this cafe is a street through an archway. Here you pass through the archway, climbs the "Moshchenko" through another arch, Exit and turn right. There's a four- or a five-story building. That's where they lived on the third floor. We rented an apartment on the floor above. We managed to take a picture and listen to, what are they talking about. It is impossible to photograph them directly in the entrance, so I shot them, when they came to a stop and waited for transport ", - said the militiaman.

Later, Nathan was able to take pictures and send them along with the address and the designated objectives commandos. As it turned out, Greystone engaged in Kiev, preparation and training of rebels in the Maidan. According to the interlocutor FAN, among themselves they talked about, just doing their job, and everything else it does not matter. "The main thing to do his job, and let us not interfere ", - such they had a conversation ", - says Nathan.

However, the situation has changed dramatically, when foreigners task to storm the building of the regional administration was set, What was not spelled out in their contract - according to the documents, Their task is only to crackdown.

"Western companies always operate strictly according to the contract, without deviating neither to the right, or to the left. They showed the contract to the customer: "We are ready to disperse the demonstration, but are not ready to storm the building ". And flew away - that's where the stay is ended. Only the Poles, whose corpses are still being removed from the airport ", - explains Nathan.

Speaking directly on the participation of mercenaries in the conflict in the Donbass, interlocutor FAN pays special attention to the Poles.

"Their staff weapons largely remained from the Soviet Union - they are still using assault rifles AK-series. When we were at the airport, They were armed with rifles M4A1, in common are called M-16. Poland equips America, but it gets only weapons in the hands of a specialized contingent ", - says Nathan.

His group spotted Polish mercenaries 2014 year at a checkpoint for Yasinovatovskoy fork, aside Slavyanogorsk - mercenaries based on the checkpoint "Breeze", a number of the same magazine.

"Basically, they are still here like dirt: they instruct "Right sector" (an organization banned in Russia - ed.), National Guard under, participate as snipers and sappers in hostilities. The Poles were in Debaltsevo - they retreated from there one of the first. And the Poles are still sitting in Mariupol school №63 - is the basis of so-called post service regiment "Azov", former battalion "Azov", - summed up the military Armed Forces DNI.

According to him, Poles and other foreigners are now located in this school Mariupol, instructors perform tasks, snipers, deminers, members of the crews of armored vehicles, etc.. As they go from Mariupol to work in Marinka. That is, the car travels from Mariupol, brings a certain number of fighters in Marinka and, in this way, It is a kind of rotation, explains Nathan.

"Just recently, the guys from the unit close to me have taken a prisoner there - Scout APU. There were three of them - they just wandered into the wrong place. Two were destroyed, one managed to capture - it recently on TV. He also shared information about, that work on their side mercenaries ", - said the militiaman.