Five hundred Russian mercenaries, killed in Syria. What is wrong in the investigation of Sky News? 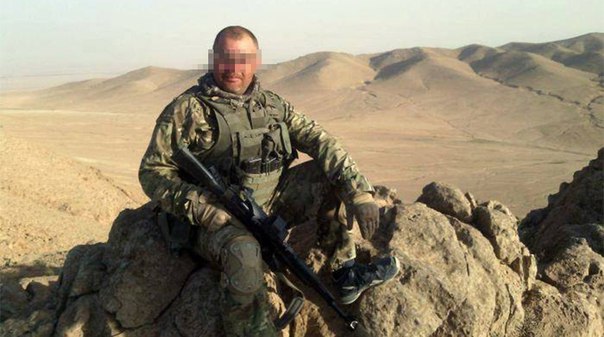 journalists, investigating activities “Wagner PMCs”, about the strangeness of the words people, who introduced the former militants

In Syria, killed by 500 to 600 Russians, become mercenaries in the private military companies, in particular, at “Wagner PMCs”, told the British TV channel Sky News two people, introduced themselves as former combatants. they said, Russians are fighting on the side of Assad's forces against banned in Russia “an Islamic state”.

ABOUT “Wagner PMCs” Russian media wrote many times before the Syrian campaign - in the context of the war in the Donbas. Authors investigations linked mercenary activity with the structures “Putin's personal restaurateur” Eugene Prigogine. According to journalists, through PMC really could go hundreds of people. But, Nevertheless, in an interview “Alexandra” and “Dmitry” there are serious discrepancies.

Currently, asked to comment on the investigations of the authors of the plot of the TV channel Sky News and tell, what moments in interviews with people, allegedly fought in Syria, it seemed strange.

- The story text is approved, that PMCs are gaining through the Internet (but themselves “Dmitriy” and “Alexander” do not talk about recruitment via the network).

— “first paycheck, I was just 250 thousands - they motivated me”

Denis Korotkov: When a person says, that the first 250 thousand he got for nothing - this is a serious organization, there is no way that the money is not paid. The training camp of the amount of compensation is 80 thousand. Anyway, the day & paid after the trip.

Georgi Alexandrov, журналист The New Times: What people, I talked, told: when you get into Molkino, and after passing the test system, if you are satisfied with the command, what you get 80 thousand a month. Their pay during the preparation / standby. Big money - 240 thousand, 250 I have not heard - paid at the time of travel, while participating in hostilities. I heard the price, what you get for being wounded 600 thousand, and lists the deaths of relatives 3 million, but real cases to pay that kind of money - I do not know.

Denis Korotkov: I do not know, Does Wagner's group worked with the self-propelled artillery, but most of Wagner's heavy equipment is not.

Denis Korotkov: Where this figure to know the simple soldier?

Denis Korotkov: I shall warn: it rough, estimated figures. You can say for sure, that tens of. maybe, This two hundred people - but including medical losses, that is wounded, sick, and so on.

Georgi Alexandrov: As far as I heard, such losses there was six months ago,. That is, it is not even in Palmyra. In the last year we have been hundreds of dead.

A strange voice, and the accusations of forgery

Russian NTV television channel Sky News, accused of falsifying the story about Russian mercenaries. The NTV claim, that they were approached by actor Alexander Agapov, who claims, what did you get 100 thousand rubles for the shooting in the role of former militants.

The report approved by NTV, the actor dubbed into your voice recorder transcript of the interview, which he took British journalists during a shooting scene. NTV in its plot leads fragment record, where Agapov says words.

Voice in the Sky News story really sounds strange, as if a person reads someone else's text, but such measures could be taken to preserve the anonymity.

In response to accusations of Sky News said,, that the plot has been prepared on the basis of a thorough investigation, which lasted for many months, and the facts contained therein are confirmed by several different sources.