On the Internet you can find information, that the PMC is working with the United Nations, Governments more 20 nations, and oil companies, in particular, It provides protection for private customers and the UN mission and the US government, mainly in Iraq.

Founder – Tim Spicer, Col., He is a veteran of the Falklands war, He served in the Scottish Guard.

The companies are working on different sources of 3500 to 5000 human. It is also available over 300 pieces of equipment.

In addition to direct participation in hostilities, also provides support and security services in developing countries.

Since the beginning of the occupation of Iraq after the war 2003 , a new company Tim Spicer (previously headed a number of PMCs) Aegis Defense Services (ADS) He received a three-year contract for the security of the Iraqi Army Service Centers USA for the design and implementation of works contracts (US Army’s Project and Contracting Office — РСО) on 293 million dollars. At the same time Spicer with ADS bypassed major US PMCs, than once again surprised and world press, and colleagues in the private military business. The contract, among other things, It entered the collection of intelligence information in the interests of the US Army Corps of Engineers (United States Army Corps of Engineers), also the information provided by other companies and the PMC, involved in the restoration of Iraq's infrastructure.

AT 2011 g. awarded a contract for the protection of the US Embassy in Kabul in the amount of $497 million from the US Department of State. AT 2005 year on the British channel Channel 4 It has video, where Aegis employees fired on Iraqi civilians, more precisely, their cars, going to overtake.

The Company did not recognize guilt, but come out unscathed, подобно «Blackwater», it was not possible - the Pentagon refused further cooperation. 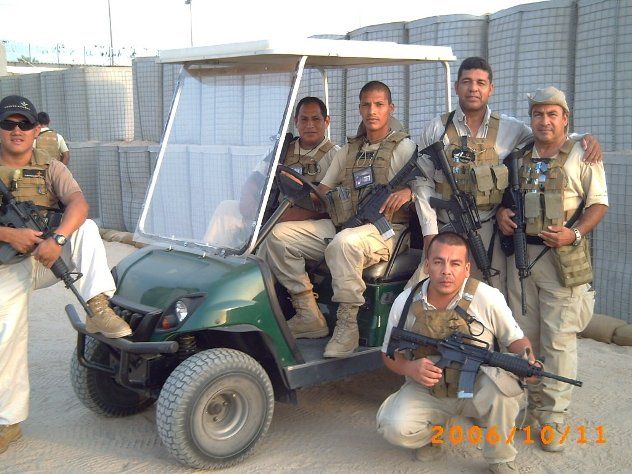 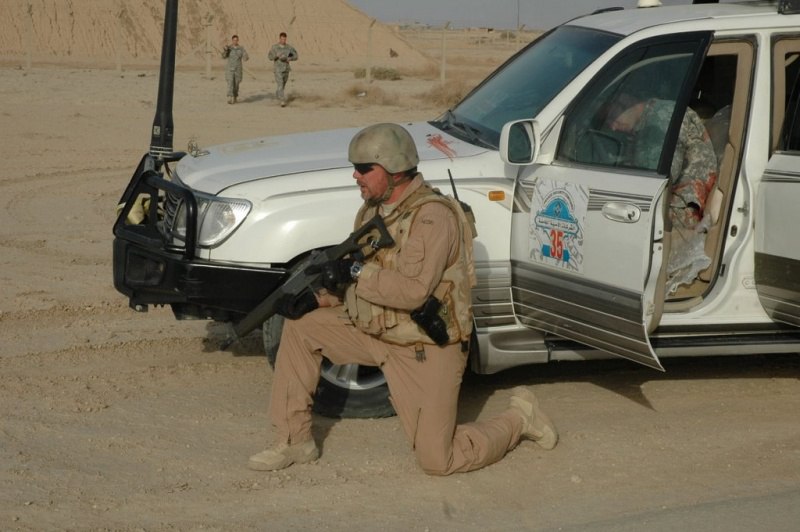 The recently released in theaters the movie channel Plus Pictures (Denmark) “The Child Soldier’s New Job” reported, that PMCs with Aegis 2004 Year hired about 2500 mercenaries for the payment of £ 10 ($16) per day for the protection of the US military bases, including minors. 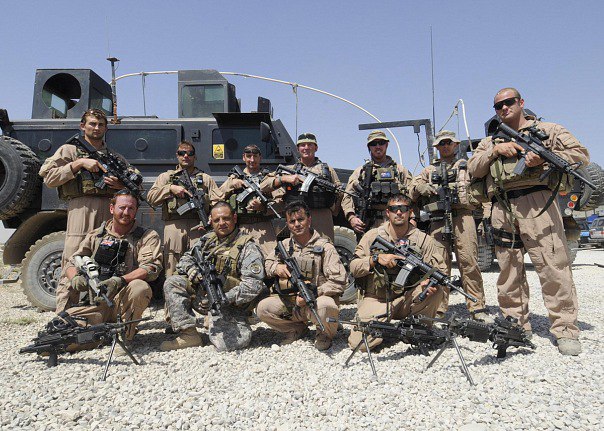 This information is passed, when the Internet got photos where near Poroshenko are a couple of lads from PP FN P90 in the armor and caps 5.11. Based on the presence of certain elements equipment “experts” concluded, that the protection implements foreign PMCs, namely Aegis. we allow, that guarded the President of Ukraine, foreigners, perhaps, that of Aegis, but, no conclusive evidence of these judgments one has not yet been introduced.