After sitting on the armor 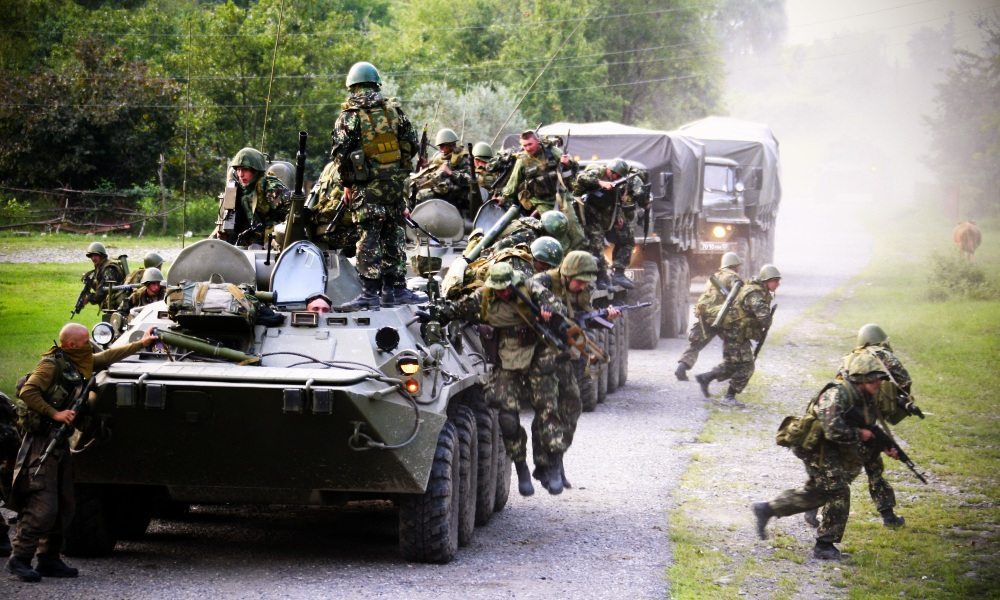 We all remember the pictures often glimpsed the Chechen campaigns: Column BMP or BTR to our soldiers in armor. Have you ever wondered why sit here so, and not in some other way?

Because "dvoechku" had to go often and much, and most importantly long, all the soldiers knew what places are good, and which are bad. Go to the bad place half a day no pleasure, Only one problem 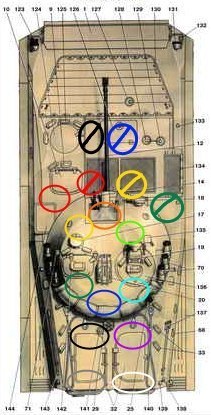 The best place: red. But just in case, if you open the door elder arrow. A mehvoda it could ban, because on older machines gum seal hatches were inferior, and if the door ever open, then continue in the rain, he pass water. mehvody slept, expanding his seat and seat senior shooter, so wet nobody wanted.

Next on the list: Orange, yellow. Place the front of the tower he was in good standing. normally sit, good review.

Light green. good, BMP OK when the wind blows and not in the front-right. Faulty BMP could throw oil through the exhaust manifold, and with the wind you will be a no-no breathing exhaust themselves.

With red stripe. worse, than the front of the tower, but go, can, if you do not sit on orange, lean on tower, and even if the car jerks comfortable holding the gun.
Blue, yellow with strip. Place the back of the tower is inconvenient, that sit against the motion, in the summer (You remember, that in the matter referred to the summer?) often dust, as a cleaner, tighten the stern, brings challenges. Yellow with stripe - can sit tower, holding a gun, but the proximity of the exhaust manifold multiplied by the wind - a significant minus.

Black with blue stripe and a stripe. there were, when BMP ehalo from one to three compartments immediately. uncomfortably (not to rely on back), jerks the car felt more strongly.

The black, lilac, Gray, White - these places have tried never to hold. At first, sit against the motion uncomfortable (the first two), Secondly, summer when driving feed machine acts as a dust collector, and there just have to choke on dust, third, on a gray and white areas can only sit at the open butterfly landing, and it is not lawful: dust is pulled into the machine, broken old seal tightness (Troopers were sleeping and flowing water did not need anyone).

Worst case - with green stripe. Place in the exhaust manifold guaranteed excruciating pain in the eyes because of the exhaust, and shortness of breath.

Green - gunner, Blue - the commander of the place.

That's according to such criteria, and we chose seating.