Yevgeny Naryn for special project, dedicated results 2015 of the year

The man nicknamed "Wagner" - one of the most sinister characters in War of Novorossia, and at the same time about it is not known exactly. his portrait, certainly distorted and incomplete, has to be at snippets of news and talk with the parties to the conflict. 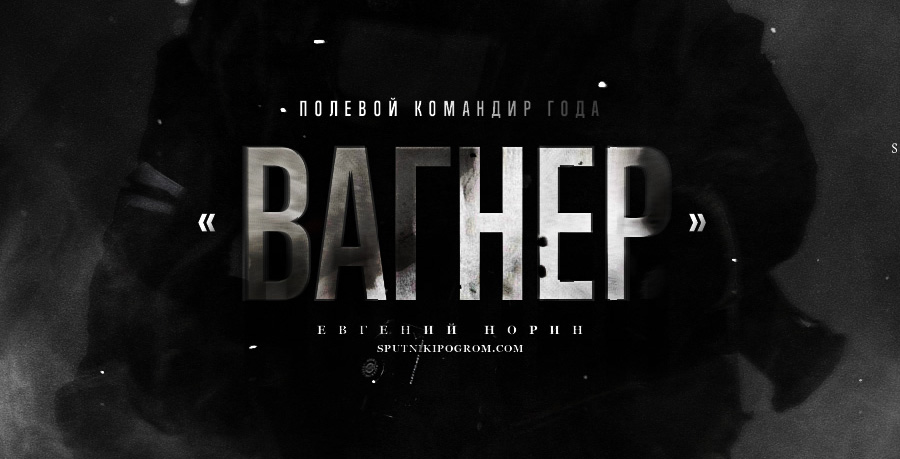 Vagnerovtsy there - it's the only, we can say definitely. They are not an urban legend. Everything else relates to the field of rumors and speculation.

so, they say, that Wagner's squad - this is a private military company, Dialed retired from various departments and Veterans local wars. This is a large and professional structure, which performs the dirty work for the Russian government. PMC commander sometimes announce Eugenia Wagner, BB Special Forces officer, but it does not according to information from the New Russia no relation to the shadow squad, and "Wagner" - the nickname of the former intelligence officer.

Vagnerovtsy started to act even in the Crimea. Their team worked together with the army - disarmed the Ukrainian army and took control of the facilities on the peninsula. PMC is ideally suited for the new hybrid war - well-trained soldiers, in any way when it is not formally associated with the Armed Forces. After nearly bloodless Crimea vagnerovtsam quickly found work in the Donbas. Mercenaries organized rebel groups and reinforce their. Several dozen professional mercenaries could not change the course of the conflict, but for a variety of steel rod initially inexperienced militia. With this support, the rebels were able to rapidly destabilize the Ukrainian law enforcement agencies in the two areas, paralyze the work of the local authorities, grab inventory and gain complete control over the street.

Russian officials initially did not lie, claiming, that in the Donbas is not our soldiers: They were not soldiers, as anonymous mercenaries from PMC.

After the end of hot conflict phase vagnerovtsy famous darker chores. That people called Wagner performers wave of political killings in the country Lugansk - shootings Ishchenko, think tank, Bednova and Dremova. It is believed, PMC that operates mainly in LC, in favor of a republic and the host Plotnitsky, Who is behind it - but it is subject to, of course, not to him. Wagner makes Lugansk republic puppet education; charismatic and popular commanders that prevented.

PMC Wagner acts in Syria. it is logical: Russian state does not want to get involved in a full-fledged ground operation, but the Syrians need organizational help, trainers and special forces support. Besides, PMC, there is another advantageous unlike the army - you can not be afraid of the protests of soldiers' mothers, If mercenary dies or gets captured. The soldiers know, what goes, they work fine paid. According to The Wall Street Journal, Syria recently killed a group of nine contract PMCs.

In recent weeks, at least part of vagnerovtsev returned to LDNR.

Whatever services group Wagner had no Novorossiya last, Now for it drags bloody and dirty trail. In the interest of politicians, trying to turn the unrecognized republic of Transdniestria in corrupt mafia, killed most popular and charismatic leaders of the people. "The most pohanoe, - I said on this occasion one of the junior officers VSN, — It `s that, we fought with them side by side, and now we expect them to stab in the back ".

Anyway, the appearance of a sinister Russian Blackwater, without official status, without recognition of the state, surrounded by a veil of secrecy, Obeying it is unclear to whom, and performing the most menial and dirty work - one of the most important signs of a gradual transition of the Russian Federation in the Brave New World.

Wagner in FSCWagner UkrainePMC-Wagner
Comments
Subscribe
news
interesting
Analytics The new concept of NATO reveals, how the US intends to destroy nations