Educational materials
Equipment
weaponry
New on site
news Representatives of the British Ministry of Defense: Explosive devices near the Nord Stream gas pipelines could have been planted months or years ago
news Military targets in Dnepropetrovsk and Zaporizhzhya were hit by a series of strikes
news The Pentagon will supply Kyiv with Titan systems to combat the Geran-2 UAV and a new batch of HIMARS installations
Analytics The situation at the front: optimist's view
news Secretary of the National Security and Defense Council Danilov promised to provide an action plan in the event of Russia's "use" of nuclear weapons

Sentences in the case of Blackwater: from 30 years to life

Paul Slough, Evan Liberty and Dustin Heard, accused of manslaughter and attempted murder, as well as the illegal use of weapons, sentenced to 30 years in prison each.

16 September 2007 of the year, clearing the way for Baghdad car column, which moved US State Department officials, they opened fire on a crowded areas.

The number of victims, according to some, maybe more 14, officially confirmed dead. As a result of the incident were injured more 17 human.

The incident caused a major stir in Iraq, and then around the world. The US administration has terminated the contract with Blackwater, and deprived her of her license. The company has since changed its name several times. Now called Academi, it employs more than 20 thousand employees.

The battle in court

Hearings on sentencing in the case of Blackwater continued in Washington court most of the day.

The defendants again declared, that does not recognize his guilt. According to them,, they were forced to open fire, since according to him began firing.

However, the prosecutor's office was able to provide evidence, refuting these allegations.

The prosecution has asked the court for more severe punishment for all four. In its turn, Protection asked for leniency.

“Based on the severity of the offense, I do not think, that the punishment too strict”, – he said, referring to the lawyers of the defendants.

At the hearing attended by dozens of victims of the massacre in the square in Baghdad, as well as witnesses of what happened. They had flown from Iraq.

Among them was Muhammad Razzaq Kinani, whose nine year old son was killed in shooting. “The difference between these people from terrorists?”, – he asked after sentencing.

news In Odessa, teenagers were detained at a rally in honor of 23 February 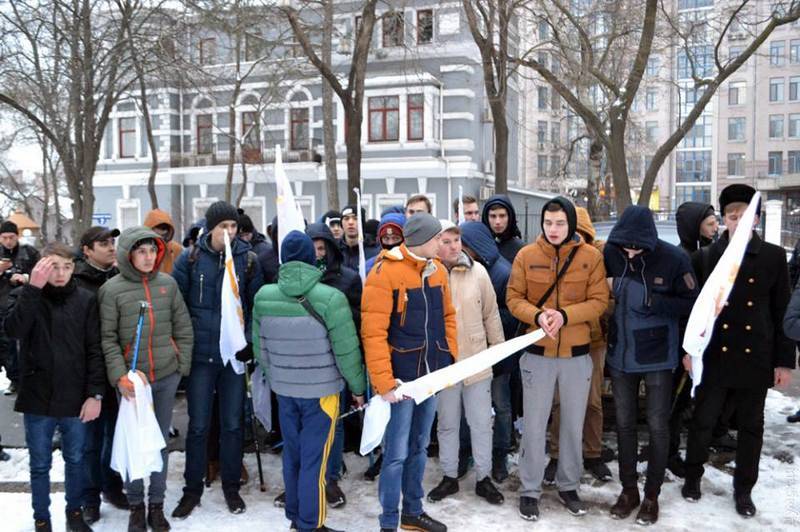